Today, while we were busy finishing up our coverage the Sohn London Conference, the Sohn foundation had its first event in Brazil, and the organizers were kind enough to give us a free pass. The Sohn Brazil Conference featured the following re-known investors William A. Ackman, Pershing Square; Mauricio Bittencourt of M Square Brasil Daniel Golberg  of  Farallon Latin America; André Jakurski, founder of JGP; Hernan Kazah Co-Founder  of Kaszek Ventures; Beeneet Kothari from  Tekne Capital; Steven J. Quamme Senior Managing Director, Cartic; and most famous of all Luis Stuhlberger, Verde Asset Management. Most of the speeches and pitches (besides Ackman's were in Portuguese - reminder that in Brazil they speak Portuguese NOT Spanish), we were lucky to have a local reader in investment management industry who is fluent or native? In both Portuguese and English and runs Tropical Value Investing (great blog check it out) and was able to attend the conference for ValueWalk. Below are our informal notes we will have much more in coming days so please stay tuned - please note this is not verbatim especially since these were translated that should be obvious but although 99% of our readership is excellent... but  because of  the .9% who are idiots and the far worse .1%n who are malicious evil legal parasites with no soul we are forced to spend time explaining things like that. Additionally, these notes are for information purposes only.

Fairholme Capital Management founder is looking to have profits from Fannie Mae - Federal National Mortgage Association (OTCBB:FNMA) returned to its shareholders. Bruce Berkowitz is a holder of Fannie... Read More

With improvement in funded statuses, it is a good time to lock in yields for asset / liability matched pension funds, concludes Citi in its recent report. Erin Lyons and... Read More

Steven L Kessler, chief compliance officer at SAC Capital, is laying down office at the scandal-ridden hedge fund after nine years on the job. SAC is currently in the process... Read More 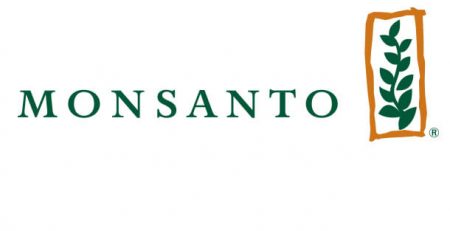 August 10, 2018 was a day that shocked Monsanto executives. Q3 hedge fund letters, conference, scoops etc That was when a San Francisco jury found that the company’s glyphosate-based weed-killers, RoundUp and Ranger... Read More

Euclidean Technologies letter for the second quarter ended June 30, 2016; titled, "The Difference Between Price & Value." Over the past year, many more people have asked to receive Euclidean’s... Read More

Cash On Sidelines, But ‘Pamplona Rules’ As Investors Look To Equities

Citi unabashedly says that favorites named in its quarterly poll of institutional clients have tended to do well ever since they started doing the survey work about eight years... Read More