“Don't fight the Fed” echoes through the financial media, Wall Street, and in the minds of retail and institutional investors. It pertains to Fed-generated liquidity and is often the sole basis for investors to chase bull markets when the Fed employs easy monetary policy. Unfortunately, some investors forget the phrase is equally meaningful when the Fed is not friendly to markets.

I have developed a model to track Fed liquidity, allowing us to quantify the Fed's influence on the S&P 500.

Before unveiling my liquidity formula and its forecast for the S&P 500, it's essential to discuss the three primary drivers by which the Fed is influencing liquidity: reverse repurchase (RRP), Treasury general account (TGA), and the Fed's balance sheet.

The New York Fed uses numerous repo programs to manage the supply of cash in the banking system, thereby maintaining the Fed funds rate within the FOMC's target range. It is employing its RRP program to accomplish this task. In an RRP transaction, the Fed sells securities to a counterparty and simultaneously agrees to repurchase them at a future date. The duration is often overnight. The transaction temporarily reduces the supply of money from the banking system. Increasing daily RRP balances results in less system liquidity, and a declining balance reduces liquidity.

As shown below, RRP has been around for 20 years but was scarcely used until early 2021. The various pandemic-related rounds of fiscal stimulus and massive Fed liquidity efforts left banks and money market funds with excessive levels of cash. The excess liquidity would have pushed the Fed funds rate lower than the target rate without the RRP program. As such, RRP sucks up liquidity, making Fed funds easier for the Fed to manage.

The Fed has other repo tools, such as repurchase agreements and the standing repo facility that can dampen money market rates by providing the banking system with liquidity. 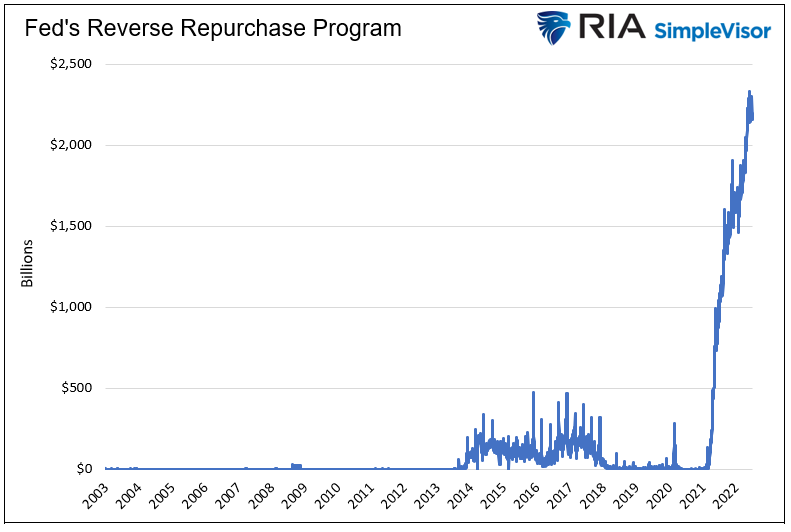 Use of the RRP facility has been increasing rapidly and now sits at over $2 trillion daily. Rising RRP balances are a drain on liquidity.

As money market yields rise with Fed funds and asset markets perform poorly, investors tend to prefer higher cash balances. Such should keep RRP levels elevated for the time being.

The graph below shows that TGA balances are elevated versus the pre-pandemic years but have fallen as the banking system normalized from the massive fiscal cash injections. It will likely drop a bit more, but the TGA will not significantly impact liquidity, barring unusual circumstances. 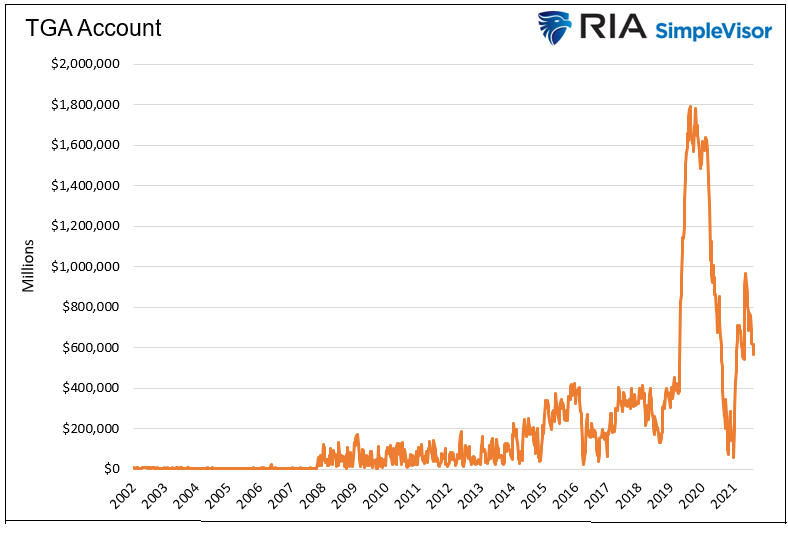 David Tepper Puts Out $400M Bid For Hybrids of HBOS, RBS, and Commerzbank

Corporate Credit Spreads Are Widening, But

Credit risk in August has spiked, and it is concerning institutional investors, a UBS report notes. As Corporate credit spreads have been materially widening of late, indicating a degree... Read More

The value process as told by professional investors. This is part two of a new ten part series from ValueWalk the value Process. If you're looking for more up-to-date interviews and... Read More