The derivatives problems that led to the 2008 crash and resulting "great recession" are still in play today, as an omni potent force controls
In 2008 Standard & Poors (S&P) was at the center of rating investment products in which they reportedly did not investigate critical risk information. The risk of loan default was apparently concealed or difficult to obtain from those packaging what were known by certain industry professionals at the time to be toxic investment assets, resulting in economic . . .

Frontline Ltd., the world’s largest oil tanker shipping company, shot higher in price today after press reports touted it as a play in an oil glut world. This is the... Read More

Goldman Sachs is out with a new report tonight in which they note that China is likely to grow slower than many anticipate. The note authored by Li Cui cuts... Read More

Jeff Ubben: How To Be An Activist

Jeffrey Ubben: How To Be An Activist Activist investing has surged in popularity since the financial crisis, and there’s no debating that the most prominent activists now have a significant... Read More

Wells Fargo & Company (NYSE:WFC) has been trying to shift its focus from lending to investment banking in recent months. The change in focus culminated in the Berkshire Hathaway Inc. (NYSE:BRK.A)... Read More 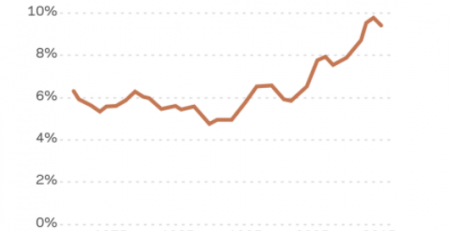 There Is No Simple Rule Of Thumb For Stock Market Valuations

In finance, there are often well-known rules of thumb for investing that can easily become embedded in consensus thinking. For market timing, the well-worn “Buffett ratio” compares the value... Read More

Back in late 2008, when the sky was darkening over the head of Lehman Brothers Holdings Inc. (PINK:LEHMQ) JPMorgan Chase & Co. (NYSE:JPM) was a main lending source to... Read More