In Tuesday's S&P/Case-Shiller national home price index, prices rose 1.6% in July from the previous month, signaling that home pricescould trigger economic growth.  Encompassing property values from 20 cities, the year-over-year index value rose 1.2 percent. This represented the greatest 12-month increase since August 2010, reported Bloomberg. For the third straight month, 20 of the cities reported gains. The July numbers matched numbers not seen since the summer of 2003. At that time, the market was moving toward its 2006 peak, before its collapse from the 2008 financial crisis.

Factors contributing to July's rise included the attraction of buyers from low mortgage rates, which takes in the supply of depressed homes. Residential real estate stabilization may also be a contributor to rising consumer confidence, along with rising household wealth; this should lead to an increase in spending, according to Bloomberg.

Millan Mulraine, senior U.S. strategist for TD Securities, said of the numbers, “We’re finally seeing a more sustained and broad-based improvement in home prices. The housing sector has made an important turn here, and that is being sustained.”

While all 20 cities saw increases, not all of them are created equally. Atlanta exemplified the greatest year-over-year drop, as prices fell 9.9 percent.

In Chicago, average home prices jumped 2.7 percent from June, but it is slightly lower than the previous year's levels. For Tampa, it saw a 3.6% price increase, with Miami coming in higher, at 5.3%.

Had Detroit not suffered a slight fall in April, July's number would have been a fourth consecutive month of improvement.

The difference between the two is the Case-Shiller index is constructed differently. This includes three months of transactions, as opposed to the FHFA index of one month.

So when looking at these two indices, what should this tell us about the housing market?

The trend between the two indices is similar, with each showing an approximately 4% year-to-date gain in home prices (seasonally adjusted), but they illustrate the housing bottom differently. The FHFA index bottomed out in March of 2011-about 6-9 months after housing volumes bottomed in the second half of 2010.

It then went nowhere until January 2012, before making meaningful gains.

As compared to Case-Shiller, it sharply fell throughout 2011, and bottomed out in January 2012.

The FHFA shows an earlier bottoming of home prices than CaseShiller, but the reverse is true at the housing market’s peak in 2005-2006. The Case-Shiller peaked in April 2006; this is a year before the FHFA's 2007 peak.

The Case-Shiller index includes all types of mortgages, so it more accurately captured the impact of subprime, alt-a, and other nontraditional mortgage market products at the housing boom's peak, painting a more accurate picture.

On the other hand, FHFA more accurately paints home prices bottoming out.

By 2011, the GSEs and FHA dominated the mortgage market, so a sampling issue was no longer there, as well as the FHFA capturing mortgaged transactions only; it would have been less subject to distortions from distressed sales.

But, Case-Shiller is prone to foreclosure distortions.

With a housing recovery in view, it is also clearer that the FHFA index shows the way volumes trended.

Noting the “near zero price elasticity” in oil due to sunk costs of existing wells, John Brynjolfsson, a veteran of PIMCO and the chief investment officer of Armored Wolf... Read More 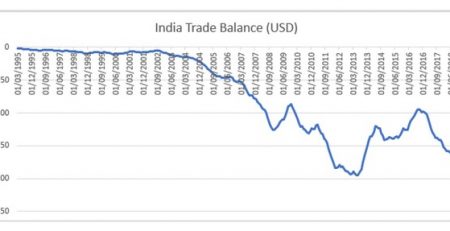 In the alternative investment industry, there is an unpublished list of all-time excellent risk management trades. There is Balyasny Asset Management logically modeling in 2015 that the US Federal... Read More