Starboard Value LP, a New York based hedge fund, has acquired 13.3% stake in Office Depot Inc (NYSE:ODP), thereby becoming the largest shareholder in the Florida based office products and services supplier. According to the Los Angeles Times, the firm announced this on Monday, which forced the shares of Office Depot to jump up more than 14% momentarily, As of the time of this writing, the shares of Office Depot Inc (NYSE:ODP) were up $0.20 per share, or  8.15%, to trade at $2.67.

The Hedge fund send a letter to office supply retailers management, which showed that the New York based investment firm had acquired a 13.3% stake in the company. Additionally, just as is common with activist hedge funds, the firm had also included details on how it was planning to boost the profitability of the Florida based retailer.

The office supply company faces tough predicaments, engineered by tough economic times as well intensive price competition, with companies looking to fit into the budgets consumers, amid rising costs of living. Additionally, the company has also been facing internal problems, as exhibited in its efforts to cut costs, and boost efficiency.

However, Sarboard believes that there is a lot to be done in regard to boosting the company's profitability, as noted in the statement, which said, “we believe management must act now with a renewed sense of urgency and discipline to rationalize general and administrative expenses, significantly reduce advertising expenses, and execute on several other strategic initiatives to dramatically improve the operating performance of the company.”

Activist hedge funds have become a nightmare for some boards in the recent past, and a savior to others. As featured in some of our reports, Office Depot is not the only company that would be facing boardroom debates with regard to the value of the company. We recently wrote an article on Carl Icahn's acquisitions in Chesapeake Energy Corporation (NYSE:CHK) and Oshkosh Corporation (NYSE:OSK), whereby he has influenced the operations of the companies, either directly or indirectly.

It is in the nature of activist investors to seek value in whatever they invest in, and therefore, Office Depot should be ready for increased influence from their largest board member.

Office Depot Inc (NYSE:ODP) has over 285 million shares outstanding, with over 277 million floated. The company has a market cap of approximately 760 million, and a price to earning ratio of 33.31X.

The florida based company posted a Q2 loss of over $64 million, and also saw its revenues plunge by approximately 7% to just over $2.51 billion. Nonetheless, Starboard believes that the revenues reported were not as a bad as the loss, citing unnecessary spending as a major course of the loss. The activist hedge fund said that it plans to cut the company's spending on marketing, citing that it was spending too much as compared to its peers.

The report also noted, that Starboard wants to boost the company's proportion of higher-margin services at its North American retail division, while reducing its overall product offerings and downsizing to smaller store formats.

Office depot faces competition from OfficeMax Incorporated (NYSE:OMX), based in Illinois, Staples Inc. (NASDAQ:SPLS), based in Massachusetts,  and the global giant Wal-Mart Stores, Inc. (NYSE:WMT), which is headquarted in Arkansas.

How Firms Will Spend Their Cash In 2016

S&P 500 firms are sitting on a record amount of cash. Cash balances total $1.5 trillion (excluding financials), which works out as 11% of total assets. And according to... Read More

How to Falsify an Investment Hypothesis, with Massimo Fuggetta of Bayes Fund Read More

In their January 2014 Market Perspective publication, Rothschild Wealth Management noted that on the surface the global economy appears to be recovering, but did so with important caveats. “Improving economic... Read More 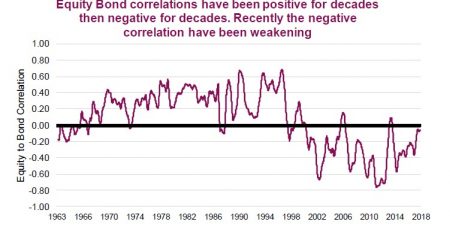 For decades, the foundational bedrock of portfolio management has been asset allocation, essentially how your investments are diversified across different asset classes. Undoubtedly, the asset mix will remain the... Read More