Steben Select Multi-Strategy Fund I Shares (Steben Select) gained 0.68% in the fourth quarter 2015 and finished up 6.28% for 20151. In comparison, the HFRI Fund of Funds Composite Index benchmark returned 0.65% for the quarter, but lost 0.34% for the year. The Fund’s annualized rate of return since inception in August 2013 is 9.45%, compared to a 3.03% annualized rate of return for the HFRI Fund of Funds Composite Index over the same time frame.

2015 was a particularly challenging year for investors that offered very few opportunities for positive returns in any asset class. In the US, most major equity indices were up marginally or flat to down. The S&P 500 was up a slight 1.4%, the Dow Jones Industrial Average was up 0.2% and the Russell 2000 was down 4.4%. The end of quantitative easing in the US unquestionably reduced risk appetite. The global picture for equities was worse; developed markets were down 0.3% (MSCI World Index), while emerging markets dropped severely, down 14.7% (MSCI Emerging Markets Index). Meanwhile, investors who turned to fixed income and credit markets for safety or yield did not fare well either. Although the Barclays Aggregate Bond Index was relatively flat for the year at 0.6%, high-yield bonds were down 4.5% (Barclays US Corporate High Yield Index). The Barclays US Corporate High Yield OAS breached 600 basis points during 2015, reaching spread levels last seen in the middle of 2012, when Europe’s debt crisis was escalating, concerns were growing over slowing growth in emerging markets and US unemployment was over 8%. Global bond markets experienced even more dramatic drawdowns. Many emerging market bond indices were down double digits. Additionally, commodities, in particular oil and other energy markets, sustained a massive price reset as demand slowed and fears of a China hard landing accelerated.

Given overall tepid-to-terrible performance of traditional assets, muddled monetary policy signals in Europe and the uncertainty of a weakening Chinese economy, there were many crosswinds that converged to create a difficult trading environment for hedge funds during 2015. Entering the year, our fund of hedge funds competitors heavily favored strategies like event driven, long/short equity and credit. These strategies ended up being key areas of performance weakness.

In our opinion, many hedge funds struggled for the following reasons: too much crowding, too much long bias and too little liquidity.

Crowding was an issue for event driven and equity/long short managers as a number of widely held trades came crashing down. For example, hedge funds piled into the pharmaceutical stock, Valeant, ultimately owning almost a third of all outstanding shares, before its stock price collapsed by more than 70% after reports questioned the viability of its business model.

Long bias in equity portfolios, which had provided a tailwind from 2009 to 2014, turned out to be more of a liability in 2015. Although the S&P 500 finished up marginally, this was due primarily to positive returns from a small number of mega cap names. The Value Line Geometric Index, a proxy for median US stock performance, was down 11.2%, which clearly hurt long biased equity long/short managers.

The other major issue was illiquidity, particularly for credit-oriented managers. As the corporate credit market sold off with high yield spreads doubling from a low of 3.2% in 2014 to 6.6% by the end of 2015, credit managers with long exposure in less liquid holdings found it difficult to reposition their portfolios in a timely manner.

Unlike many fund of hedge funds, Steben Select has maintained its focus on highly liquid, lower beta strategies with the potential to generate alpha across market cycles. Steben Select’s differentiated approach allowed the Fund to profit in what was a challenging year for many hedge funds, particularly those with net long market exposure, as most individual US stocks were negative for the year. Furthermore, equities went through a violent whipsaw, collapsing in August before rebounding in October, which wrong-footed many long-biased equity hedge funds who were trying to time their market exposure. In contrast, the Fund performed relatively well through these episodes by focusing on balanced long and short stock selection. Equity market neutral, low beta equity long/short and multi-strategy managers were the most profitable for the Fund, as they were able to exploit the high levels of stock dispersion generated by market volatility.

All of the Fund’s strategies made a positive performance contribution for the year. Manager selection was also quite strong, as half of the Fund’s managers finished up more than 10% in 2015. However, global macro managers saw a modest giveback in the fourth quarter when macroeconomic trends related to European quantitative easing reversed. The European Central Bank over-promised and under-delivered in its monetary easing policies, causing the biggest ever one day decline in German 10-year Bund futures and the second largest single day spike in the Euro currency in history.

Despite elevated levels of market volatility, the Fund operated within its expected risk target, with a performance standard deviation of 5.3% annualized in 2015.

The Fund may change its allocation to the portfolio managers and to the various strategies at any given time. Performance by Strategy presents the weighted contribution for each strategy traded in the Fund, over the period shown. Performance attribution is net of managers’ management and incentive fees and is gross of Fund fees.

Steben Select Positioning and Outlook for 2016

2016 could very well be as challenging as 2015. For the first time since 1987, we have seen an interest rate hike in the US coincide with negative S&P 500 earnings growth. For investors who have grown accustomed to support from the Federal Reserve’s quantitative easing and zero interest rate policies, this is not a comforting sign. From a macro perspective, the domestic economy appears to be plodding along at a modest growth rate, but global growth is anemic, while equity valuations are still high relative to history. In credit markets, the collapse in energy prices is placing a great deal of pressure on lower rated issuers and defaults are expected to increase.

The Fund continues to focus on liquid, low-beta relative value strategies, as well as directional trading strategies that can take tactical short positions. As of November 30, 2015, the Fund’s underlying positions had an aggregate beta to the S&P 500 of only 0.12. This means that for a 1% rise or decline in the S&P 500, the Fund would expect to rise or decline by 0.12%, in the absence of any alpha generation. The Fund’s sensitivities to other asset classes, such as bonds, commodities and real estate investment trusts have also been low.

We believe that increased macroeconomic volatility may lead to opportunities for global macro managers, while greater stock dispersion could help equity market neutral and low beta long/short equity strategies. Credit strategies may potentially become more interesting if the current sell-off continues, but we remain cautious given liquidity constraints that may impact the underlying securities in credit manager portfolios.

Since the inception of Steben Select, our focus has been on investing in a core group of high alpha and low beta hedge funds. We believe this approach has the potential to generate a more robust return profile over different stages of an equity market cycle than a fair-weather high beta investment style would. The Fund was built as a diversifying investment to complement traditional long only portfolios, and our goal is to continue to deliver performance with low correlation to the broad direction of markets.

Thank you for your investment and continued confidence in Steben & Company. If you have any questions, please contact your financial advisor or speak with us directly at 240.631.7600. 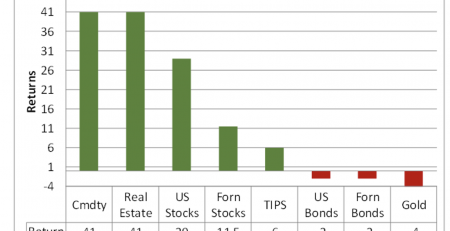 Whitney Tilson is back hammering away at K12, Inc. (NYSE:LRN), below is his latest sent to ValueWalk via email. See more from Tilson on the company here and here. I... Read More

The tiny, cold country of Iceland is hoping to land a coup for its economy by hosting a new data center for the big boys such as Microsoft Corporation (NASDAQ:MSFT). Iceland billionaire... Read More

The time period of 1969-1975 was one of the most treacherous ever experienced by value investors. The year 1969 is commonly recorded in histories of investments as the end... Read More

Bill Gross of Janus Capital spoke with Bloomberg Television's Trish Regan about the outlook for Federal Reserve policy, the U.S. economy and his objectives at Janus Capital. On what he... Read More