Fox Business Network’s (FBN) Senior Correspondent Charlie Gasparino reports Point 72, previously known as SAC Capital, founder Steve Cohen is “ebullient” over the “precedent-setting ruling” by the Second Circuit Court of Appeals on Wednesday that overturned the convictions of traders Anthony Chiasson and Todd Newman. Gasparino reports Cohen said at a company holiday party, “today we received very good news from the courts that would benefit both the firm going forward and its traders who have been snared in the crackdown.”

On Steve Cohen's reaction to the Insider Trading ruling:

“Steve Cohen was one of the Wall Street executives doing a victory dance after a key court ruling made it harder for the Feds to crack down on insider trading. ‘Ebullient’ was the way Cohen was described following the precedent-setting ruling by the second circuit court of appeals that overturned the convictions of traders Anthony Chiasson and Todd Newman.”

On the Insider Trading ruling:

“Now it won’t be enough just to show that traders relied on ‘material non-public information’ to buy or sell stocks. Prosecutors will have to prove that traders have complete knowledge that the information they used was of the illegal variety, and that some sort of gift of “consequence” was exchanged with a tipper to get the insider information.”

“Cohen’s festive mood was front and center at the company’s annual holiday party, held at the swanky Cipriani 42nd street location just hours after the second-circuit decision on Wednesday. That’s when the normally reticent Cohen gave a speech where he told astonished traders and executives that today we received very good news from the courts that would benefit both the firm going forward and its traders who have been snared in the crackdown, according to people who were in the room. A spokesman for Cohen, Jonathan Gasthalter, would not comment on the matter, but wouldn’t deny Cohen made the remarks at the holiday party.”

On other cases being appealed following the ruling:

“Several of the so-called ‘downstream tippers’ who pled guilty in exchange for cooperation in the cases against Chiasson and Newman and lawyers for one of  Cohen’s traders, former SAC portfolio manager Michael Steinberg,  could also seek an appeal. One of the most prominent was former SAC analyst Jon Horvath, who became a key witness against Steinberg after he was arrested for insider trading and pled guilty in exchange for leniency. Former McKinsey & Co. chief Rajat Gupta was convicted of providing Galleon chief Raj Rajaratnam with insider tips and sentenced to two years in prison. His lawyers argued that, like Chiasson and Newman, the government had never shown that Rajaratnam provided Gupta with anything more than friendship as a benefit, which the latest court ruling shows might not be enough. Gupta’s attorney Gary Naftalis is “weighing” his next move, including a possible appeal, people close to him say. Naftalis declined comment.” 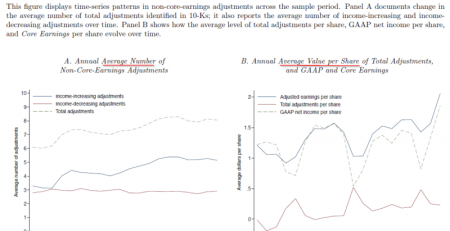 Researchers love novel datasets–it gives them a new set of information to conduct studies and test theories. Q3 2019 hedge fund letters, conferences and more That brings us to this paper,... Read More 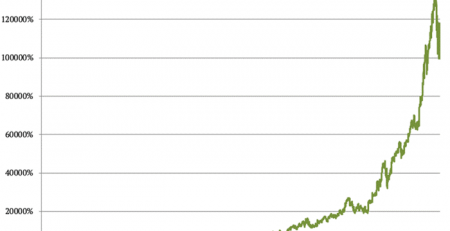 Via Longleaf Partners Q3 letter to shareholders Longleaf Partners Fund delivered a substantial 9.8% in the third quarter, taking the Fund’s year-to-date (YTD) return to 20.4%. Both periods surpassed our... Read More

Is a major shift in US regulatory deterrence and punishment for financial crime underway behind the scenes? SEC sets its sights on individuals With little fanfare, a new Securities and Exchange... Read More