time to introduce the winners in our three remaining categories. fixed income, asset allocation and alternatives. who are they and why did they win? so the winner in fixed income category is the team headed by daniel iveson and alfred murato. this team looked under every rock to find anything they could to squeak out gains in the tough fixed income category this year. bar cap ag down 10%. this fund finished up 4.8. our winner in allocation is steven romick. steven romick and his team rode some amazing stock picking to get to the returns that they had this year even though they had cash stakes as high as 40% this year, still returned 22% for the year. last but not least in the alternatives category, the team of brian hurst from aqr managed futures. managed futures has been as cold of a category as there can be but this team continues to produce positive returns. congratulations. congratulations. daniel, let me start with you. in fixed income, you have had good performance in different kinds of environments. last year was a challenging one. interest rates moving up in the summer. now we have yet another different kind of environment marked by the so-called taper, the withdrawal of federal stimulus money. what are you doing differently this year, if anything, to get ready for that? sure. it’s always been a mixture of the firm’s best bottom up ideas as well as top down views on the market. the taper is a concern but the good news is that it’s been well publicized at this point. although it presents a risk, we are less worried about it than we were this time last year. one of the key focuses of the fund is to keep our maturities short. one of the highest conviction views we have as a firm currently is the fed will hold for an extended period of time. we are trying to pair those investments with some of the firm’s best bottoms up idea. this is a great group to talk about the taper. i know your firm has views on the taper. how does it work? just some really kind of thoughtful, thought-provoking take on that. if you want thoughtful, you probably shouldn’t come to us. we don’t know how it works, actually. we don’t really understand how they end up — one step is obviously beginning the taper, second is actually stop it entirely and third is to unwind the existing balance sheet. you have a $3 trillion bump in the fed’s balance sheet. how that plays out, we have no idea. we are in the midst of this grand experiment where we are trying to alchemize an academic argument. i don’t know if that actually plays out. we continue to be relatively circumspect and make sure we have a margin of safety. scott mentioned the large cash holding that you had last year. tell me what you’re doing with it right now and what i should infer from what you’re doing with it. then also, how, with 30% in cash, do you manage to return 20% plus overall? that’s a big sandbag on your ankles. we have been doing this for a couple decades now. we have averaged mid 20s in cash over that time period, yet have been able to do pretty well relative to the markets. why do you keep so much cash? if there ever was a user to go more fully invested 2013 would have in retrospect been it. without question. if you can tell me what 2014’s going to be, we will adjust the cash accordingly. i want a cnbc guarantee. scott? brian, let’s get to you. in 2008, managed futures were the darlings, one of the few areas in the market that kind of survived that epic market collapse that kind of happened across the board. but since then, the shine is kind of off the apple in managed futures, with the notable exception of the aqr fund. what is happening broadly in the space and how have you guys been able to differentiate? 2008 was a great year for managed futures. that’s what drew a lot of attention to it. caused a lot of investors to pursue it. we find that trends exist in all markets, so the difficulty is figuring out which markets are going to trend and over what horizon. when we designed our fund, we decided to go with a diversified approach to trend calling. those diversified trends, we want to pick up on long term trends that existed last year.

Tweedy Browne is out with their commentary on Q1. They made gains in variety of industries, and stocks across the globe. Tweedy Browne also notes that they have trouble finding... Read More

Employment Trend May Not Be Your Friend by 720 Global Loan Delinquencies may be Signaling Recession On June 2, 2016 the Bureau of Labor Statistics (BLS) stunned economic prognosticators and the... Read More

Mohnish Pabrai new video (with the stash) said that he is aware of the intrinsic value of all investments made.  30 Dec 2014, 1:34PM IST Pabrai video embedded below Also see Mohnish Pabrai,... Read More 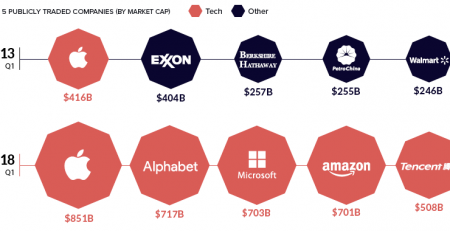