Our philosophy remains unchanged as we continue to seek equity-like rates of return while trying to avoid a permanent impairment in capital. We accomplish this by operating under an unusually expansive charter that allows us to invest in stocks and bonds, distressed and high yield debt in different asset classes and in industries around the world. By thinking about the downside and conducting thorough research, we hope to continue to deliver on our goals.

As you can see by our historic returns, we have accomplished, if not marginally exceeded our stated goals. Here’s a more granular look at Crescent’s performance. Looking at the most recent period, both Q3 and the nine months to date, Crescent has outperformed. However such a short time frame is more than a curiosity than relevant.

We continue to direct your attention to market cycle performance, as we’ve discussed in past calls, the shaded blue area in the upper right. We’ve tackled this subject ad nauseum, and much can be found on our website. We’re happy to add we have executed on our goals over complete market cycles. You can see our risk exposure moves around a fair amount—from more than 90% in 2000 to the low 40s in 2005/6. We know what opportunity looks like. When we were more invested, our returns were significantly higher than when we’ve had more cash.

Crescent’s outperformed in 100% of the down market periods over rolling five years—the left column in the table. It has outperformed almost 98% of the time when the market was up less than 10%—the center column. And it shouldn’t be a great surprise that Crescent has outperformed in just 16% of the periods when the average market return was greater than 10%.

A key factor in our success has been our security selection. As reflected in this table, Crescent’s long equities have outperformed since 2007. When compared to the S&P, Crescent performed better in a majority of the years. And possibly more importantly, when the Fund did underperform, it wasn’t by more than a couple percent. These are the equities in the Fund we are referring to gross fees. This is not the Fund’s total performance. But when the Fund did outperform, it was generally by far more—by almost 12% in ’09 and a bit more than 7% and better in 2010 and 2012, for example. We’re value investors so we thought we’d also show you Crescent versus the S&P 500 Value Index. In this case Crescent outperforms in every period, although we call 2012 a wash.

Returns and capital gains were lumpy, with some years higher or lower than others. You may now be able to guess where this is going. 2015 will not be our most tax-efficient year. We currently estimate that the Fund will pay a $1.74 dividend on December 15. However this level is not inconsistent with what has occurred at times in the past. We remain mindful of taxes, this is what has allowed us to move up the ranks when comparing post-tax to pre-tax returns. As taxable holders ourselves, we care greatly about after-tax returns and will continue to do so in the future.

A look at winners and lowers… in Q3 our winners added just 35 basis points, while our losers detracted 161 basis points. Generally speaking it was a difficult quarter. The more cyclical and more commodity-based companies performed the worst.

Crescent’s portfolio is somewhat cheaper than the market and versus where it’s been recently. Its P/E is 16.9 times versus the market’s 18.9—the S&P 500 in this case—and in line with its historic average. Crescent’s price-to-book is also in line with its history and also less expensive than the market. Our portfolio continues to have Fort Knox-like balance sheets, having on a weighted average basis net cash on the books.

The Fund’s geographic exposure continues to be global, particularly when focus is more appropriated place on where revenues are coming from rather than where a company is domiciled. On that basis, more than half the revenues of the companies in our portfolio are derived from outside the U.S. Our net exposure is now almost 60%—a bit higher than where it’s been, (6:04) thanks to the August/September market weakness. Of note also is our higher yielding corporate debt exposure. We’ve added a bit—2% since year-end. But this is the first time we’ve been active in the sector in years. That two-point increase has come to us with an 11.6% average yield.

You can see how our risk exposure has moved around during the year. We began the year with 54.9% exposure, moved up to 57.6 at June 30. We then pulled it back to 54.6% in July. And now as of quarter-end after having taken advantage of some market weakness, brief though it was, we are at almost 60%. We had more action in our portfolio than has been typical, as more expensive names that have worked out were culled and replaced by those less expensive, offering what we believe to be a better risk/reward. And as I stated, we were also able to take advantage of weakness in the corporate bond market. As a result, 36% of the portfolio turned over in the first nine months, which has happened at points in time in the past and also explains further the larger tax dividend that we’ve had this year versus the recent couple years.

What we’ve bought has been at an average trailing P/E of 14.4 times, while what we’ve sold has had an average trailing P/E of 19.4 times. We’ve swapped the more expensive for the less expensive. We continue to buy certain stocks and corporate bonds at weakness. We’re adding when there are better valuation opportunities including some cyclicals and financials while exiting some high multiple and already well recognized staples.

In 2007 Warren Buffett entered into a 10 year bet with Protégé Partners that the S&P 500 would outperform a selection of hedge funds over the following ten years. Last... Read More

JPMorgan's presentation on General Electric Company (GE) from the Framework Member Conference Call. Get The Timeless Reading eBook in PDF Get the entire 10-part series on Timeless Reading in PDF. Save... Read More 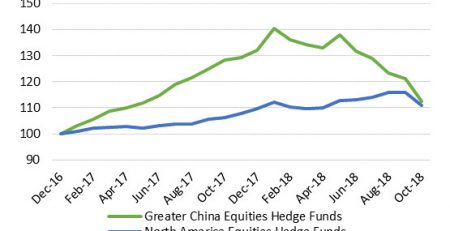