– WMIH outperformed a majority of small-cap names in 2015 with a gain of 26%. This comes in the midst of a Russell 2000 that lost nearly 6% during the year. That 6% loss, however, does not properly frame the scope of losses faced by most who are invested in small-cap names, especially of the special situation/event driven type.

In 2015 investors used the lack of visibility that special situation names offer as an excuse to sell shares. The fact that WMIH did not succumb to this path of least resistance in small-cap names is a positive in and of itself, especially when you consider that most investors expected 2015 to be the year an operating entity would be folded into the shell. An M&A event to unlock the value of company did not occur despite best efforts by management as announced in the recently released 8k regarding expenses relating to an acquisition attempt.

Over the past three and a half years I have written over 100 pages of research on WMIH disseminated via monthly performance updates, private emails and presentations made to various investors. I have looked at nearly every significant NOL shell that has been capitalized since Congress changed the carry-forward rules from three years to fifteen in 1981.

In essence, when stripping away all the jargon, modeling and regulations governing their use, investing in a company with tax attributes is simply a bet that intelligent, skilled capital allocators will compound capital at a greater rate without being hindered by corporate income taxes. The taxes that a skilled management team saves can be put to use in further growth opportunities which creates a spiraling up effect for earnings that markets very simply can’t properly estimate. This in turn leads to what is effectively a gravity beam from high up above being held over the share price during a period of years, as the company grows.

This remains an early stage opportunity that will provide a tremendous platform for future growth as I’m confident management will make a series of beneficial decisions in the coming years.

– SCMR announced the sale of a real estate asset that is the final step in the liquidation process for the company. Of course, the only reason we are invested in SCMR is because I don’t believe the liquidation will reach completion with a distribution of what amounts to 33 cents per share in cash to investors. In the case of being completely incorrect in my analysis the downside versus our cost basis on the stock is 26%. This comes against upside that is exponential in nature.

To reiterate we have Lloyd Miller III who is one of the most prominent small-cap investors of the past twenty years involved. In addition we have Andrew Bellas who just left Tiger Global to start his own firm involved in the activist process to halt the liquidation in favor of a restructuring around the abundant tax benefits.

It is simply a waiting game at this point, the results of which should become evident during the first half of 2016.

– KFS had a disappointing year, especially when taking into account the expectations I had for the name following an outstanding performance in 2014. We have been invested here for nearly two years now. During that time the company has done a fantastic job of streamlining the balance sheet in favor of what I assume will be a clean releveraging of the balance sheet to grow earnings at what will be a more rapid clip than we have seen in recent years.

During 2015 KFS sold its Assigned Risk Solutions unit for $47 million in cash. This sale allowed KFS to pay the deferred interest remaining on its trust preferred securities that were in deferred status since 2011. This is essentially a burden lifted for future financing, which should play an important part in the future plans for Kingsway.

More recently the company has announced plans for a one million share buyback launching in late January. The $4 range is an attractive enough area for the stock that the company is justified in reducing their outstanding share count at these levels. I’m expecting the $4 range to act as a bit of a floor for the name going forward, especially with the newly announced share buyback. It is not out of the question that I may add to our KFS position in coming months.

If you look at KFS in 2015 from a more macro perspective, it really was the perfect name to fall victim to the chronic weakness small-cap names fell victim to during the year. An illiquid, unknown Canadian insurance company that is in the final stages of a restructuring that has been ongoing for the entirety of the current decade. In other words, a “forget me” stock in an environment that excels at forgetting.

At the very least we know that there is very little downside in KFS from here, which is my first consideration in every investment. The upside will depend primarily on how aggressive management would like to be in future endeavors. With such a large net operating loss on their balance sheet paired with skilled operators running the show, I have a difficult time believing that management will be adequately satisfied with the current snail’s pace of growth. The current growth model very simply doesn’t fit into what the balance sheet has been built into since 2010. We are basically looking at Ferrari with a Prius engine at the moment. I expect that engine to be swapped out in 2016 to the benefit of equity investors in the company.

– For LEHct I am posting the comments I made in a recent interview with ValueWalk. That interview can be found here: https://valuewalkpremium.com/2015/11/t11-capital-aum/ for those interested.

Lehman Capital Trust Preferreds are our smallest position, representing about 2% of overall equity. The recovery for Lehman creditors has been more than $100 billion to date. The TRUPS receiving a creditor recovery is a low probability proposition. However, there is a possibility that the TRUPS can be converted into new equity representing the various profitable operating remnants of Lehman to take advantage of the $50 billion-plus net operating loss that is leftover.

Shortly after the Lehman bankruptcy, those in charge of the liquidation formed a company they named LAMCO to assist in the liquidation of the remaining assets. This wasn’t a small operation, as LAMCO originally had close to 500 employees. The assets in liquidation have exceeded even the most aggressive estimates. In the meantime, LAMCO has become a substantial business, although the exact numbers are difficult to ascertain.

The most logical move forward would be to create a public traded company that would take advantage of the NOLs leftover from Lehman through LAMCO initially, possibly rolling in smart acquisitions over time. This would give former equity, including the TRUPS, a stake in the newly formed company.

Our position in the Capital Trust shares is basically a call option on a positive outcome for the reemergence of Lehman in a yet to be determined form.

By having a simple methodology of taking losses quickly and allowing profits to run opportunistically, T11 Capital managed accounts have outperformed all relevant benchmarks and nearly all of our peers over the past four years. A hybrid approach incorporating a trading mentality when necessary while having long-term investing as our foundation allows the portfolios to be agile in the face of risk while being committed enough to see opportunities through to their full potential.

In 2015 T11 Capital managed accounts outperformed most other investment vehicles on a net basis. Below is a list of the top performing hedge funds for 2015. Our gain of nearly 40% puts performance among the top funds in any category.

Following the Malaysian ringgit plunging below RM4/USD, concerns that Bank Negara Malaysia may re-introduce capital controls are resurfacing, and the analysts at BofAML argue one can no longer rule... Read More

Uncle Sam Lends Swiss Exporters A Helping Hand by Matthew Allen, swissinfo.ch Fresh from destroying banking secrecy and prosecuting Swiss banks, the United States is one of the best friends of... Read More

Charles Brandes' commentary for the third quarter 2014 on China at a crossroads. “I hear, I know. I see, I remember. I do, I understand”.~ Confucius Charles Brandes first invested indirectly in... Read More 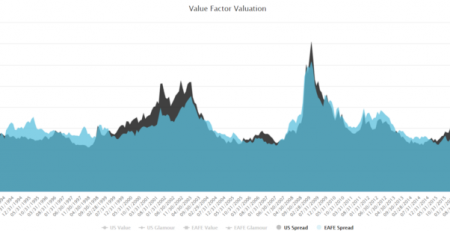 As Ford Motor Company (NYSE:F) and the other American auto makers strengthen their recovery, we are seeing some of the best quality American-made cars since 1950s-1960s, in my opinion.... Read More 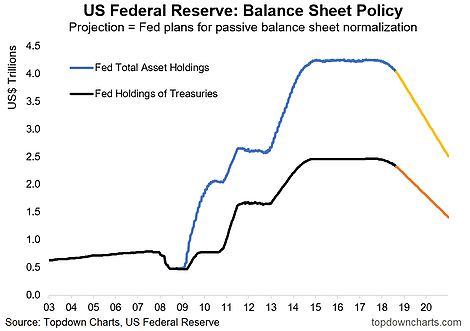