With his administration less than seven months old, a hot political conversation centers on US President Donald Trump potentially facing a primary challenge from an establishment Republican in 2020. With significant fights over debt ceilings and a border wall surrounding political leaders in Trump’s own party questioning his “stability” and saying he is “inviting” a primary challenge, CLSA analyst Christopher Wood notes “The Pence factor” in a Thursday report under the same name. While some say Trump doesn't matter . . .

Thornburg Value Fund  Q2 Letter To Investors For the U.S. equity markets, the second quarter of 2014 felt a bit boring. As of this writing, the S&P 500 had made it... Read More

I writing a topical email every week to my mailing list. Here’s our last email to subscribers which I thought I share. Q1 hedge fund letters, conference, scoops etc Pexels /... Read More

According to the Bureau of Labor Statistics, consumer prices rose 0.3% in June, putting year-over-year growth in prices at a little less than 2%. When looking at the core inflation,... Read More

Active management can be saved, the answer? Sustainable investing Unless you have been living under a rock for the past two years, you will know that passive investing has accelerated... Read More 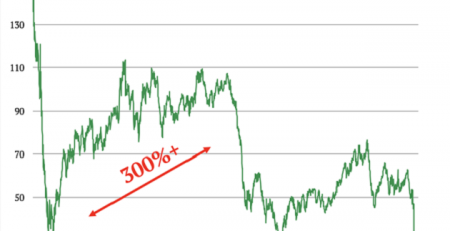 I’m writing this essay because millions of investors are in danger without realizing it. Q1 2020 hedge fund letters, conferences and more As you probably know, oil has recently taken an... Read More