Tech Is An Overcrowded Trade, But Not Overvalued? – ValueWalk Premium

Tech Is An Overcrowded Trade, But Not Overvalued?

Technology giants have been among the highest flying performers of the S&P 500, up 21% year to date at a time when the broad index is near half that performance. Not only have technology giants been one of the strongest performers, but it they are also the most crowded. But just because the trade is crowded amid a significant move higher doesn’t mean the sector is expensive, a Bernstein report notes.

Technology giants are very crowded on . . .

Ron Baron of the Baron Funds thinks Tesla Motors Inc (NASDAQ:TSLA) is a company “built to last.” Companies built to last, Baron observers in a letter to investors, often have... Read More

Bull Market Anniversary - The Seven year anniversary of bull market not a positive sign: It was seven years ago trading opened in the S&P 500 at 683 that... Read More

A Shanghai man is offering to “rent” his girlfriend in order to obtain cash to purchase a new iPhone 6.  He might not have thought this through properly, as... Read More

RobinHood 2017 investment notes now full version up - these are not a verbatim transcript nor an in-depth analysis but notes from the conference numbering over 10,000 words. We... Read More 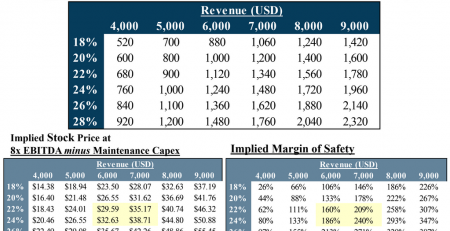 This Time Is Not Different: Armored Wolf’s Brynjolfsson

Even though bond markets have rallied recently, many analysts have held to their year-end interest rate estimates and see this as a selling opportunity that investors can take advantage... Read More

Samsung, as feisty a competitor as any other in the marketplace, is counting on quickly bouncing back from the Note 7 disaster, which burned a $5 billion hole in... Read More

The serues in the fight between Passive Investing and active is continued Updated: Jul 14, 2017 by Rupert US equities continued to reign as the most attractive investment market for investors... Read More