Tekmira Pharmaceuticals Corporation (NASDAQ:TKMR) is hugely overvalued and its share price is poised to collapse. Tekmira’s RNAi technology is unproven, the FDA halted TKM Ebola’s Phase I trial because of safety concerns, and despite limited use it appears that the drug is unpopular among treating physicians. In our view, the drug is highly likely to fail the FDA approval process. Once the speculative bubble bursts, we believe that Tekmira’s shares will crash to a pre-Ebola price of $7-10 per share.

1. Dose of Reality. In July 2014, the FDA placed a clinical hold on Phase I trials of TKM Ebola, reportedly because of elevated cytokine levels among healthy volunteers (which at higher levels can prompt dangerous inflammation and other negative responses from the immune system). A failure at this stage over safety concerns makes it highly unlikely the drug will ever be approved.

a. Doctors Fear that TKM Ebola is Toxic and Unsafe. Temporary approval for emergency administration does not change the fact that the FDA halted Phase I trials because of TKM Ebola’s safety risks and potential toxicity. Indeed, experts have cautioned that treating physicians may be reluctant to administer TKM Ebola because of the perceived risk: “they may want to use a drug with the cleanest safety profile. You may not want to give him a drug that will push [patients] over the edge.” Put simply, TKM Ebola has not been shown to be either safe or effective and its limited use in the current crisis does not increase the likelihood of approval by the FDA.

b. Treating Physicians Seem to Prefer Other Experimental Treatments. To our knowledge, TKM Ebola was only administered after supplies of a competitive treatment, ZMapp, were exhausted. TKM Ebola has only been administered to two patients (one in Nebraska, one in Norway) and the hospital in the US which first administered TKM Ebola chose a competitor’s drug, Brincidofovir, to treat a subsequent patient. It appears that treating physicians clearly favor blood transfusions from survivors, Brincidofovir and especially ZMapp over TKM Ebola.

2. Partners Know Best: Declining Interest in Licensing or Partnering with Tekmira. Pharmaceutical companies who have signed licensing, collaboration or partnership deals with Tekmira Pharmaceuticals Corporation (NASDAQ:TKMR) appear unlikely to renew such arrangements and seem uninterested in pursuing further commercial relationships. Specifically, Roche, Alnylam and Bristol Myers Squibb all signed deals with Tekmira at the height of RNAi excitement in 2008-2009, and subsequently each one either terminated this collaboration (Roche Holding Ltd. (VTX:ROG), Alnylam Pharmaceuticals, Inc. (NASDAQ:ALNY)) or seem uninterested in increasing a paltry commercial commitment (BSM). It therefore appears that developers and other insiders do not assign Tekmira’s technology a high probability of commercial success.

3. Impractical Delivery Mechanism. TKM Ebola is wildly impractical for distribution in Ebola target zones (Sub-Saharan Africa) because it is administered intravenously, which requires trained medical personnel and resources. This makes TKM Ebola’s widespread commercial use unlikely in Sub Saharan African regions that could not contain the spread of Ebola because they lacked trained medical professionals and such basic resources as masks, gowns and gloves.

4. Tekmira’s RNAi Technology is Unproven. Since Andrew Fire and Craig Mello’s groundbreaking 1998 paper, not a single RNAi compound has been successfully approved by the FDA for clinical development. The technology has fallen into such disfavor that Merck, Roche, Pfizer and Abbott appear to have divested or abandoned their respective in-house RNAi research efforts.

5. Valuation. We believe that Tekmira Pharmaceuticals Corporation (NASDAQ:TKMR) is hugely overvalued and that its share price is poised to collapse. RNAi technology is unproven, TKM Ebola’s Phase I trial was halted over safety concerns, and nothing since, including limited application to two patients under exigent circumstances makes it any more likely that TKM Ebola is safe, efficacious and thus likely to gain FDA approval. In addition, there is evidence that treating physicians prefer other experimental treatments, and it appears that presumably due to concerns over TKM Ebola’s safety risks, Tekmira’s Ebola therapeutic is an experimental treatment of last resort. We therefore believe that Tekmira should be valued at its pre-Ebola valuation, between $7-10 per share. 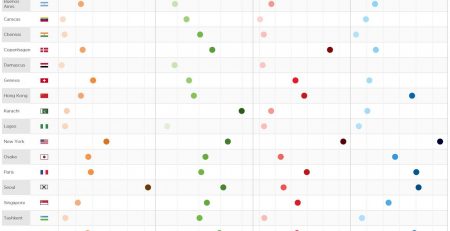 Henderson Group Plc, is a U.K based hedge fund with around $9 billion in stated assets, and manages nearly 400 stocks in its portfolio that spreads across 11 different... Read More

This is from a recent report put out by Shawn Kim of Morgan Stanley South Korea. We took three segments which focus on undervalued stocks based on Ben Graham... Read More

A group of banks and financial institutions have reiterated their desire to go after Phil Falcone and his company, Harbinger Partners Capital, for a pre-bankruptcy loan they extended to... Read More 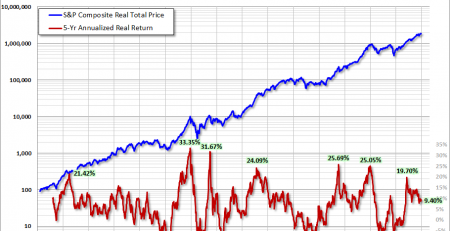