Your Fund’s Goal and Main Investments

The Templeton Russia and East European Fund seeks long-term capital appreciation. Under normal market conditions, the Fund invests at least 80% of its net assets in investments that are tied economically to Russia or East European countries.

Russia’s gross domestic product growth rate slowed to 0.8% year-over-year in the second quarter of 2014 from 0.9% in the first quarter, hurt by sanctions imposed on the country by the U.S. and the European Union (EU) amid the Ukraine crisis.1 Rising food prices, driven partly by the government’s ban on food imports from the U.S. and the EU, as well as the Russian ruble’s weakness, pushed inflation to a threeyear high of 8.0% in September, well above the Central Bank of Russia’s (CBR’s) 2014 target of 5%.1 The CBR raised the key rate twice during the period for a total of 100 basis points (1.0%) to 8.0% to curb inflationary pressures resulting from higher import prices, weak ruble and heightened geopolitical tensions.

During the period, Russia continued to advance its economic relationship with certain emerging market countries. In May, Russia signed a landmark agreement to supply gas to China for 30 years and a treaty with Kazakhstan and Belarus to create the Eurasian Economic Union, which aims to build an integrated common market and remove non-tariff barriers. In Latin America, Russia signed various agreements with Argentina and Cuba to boost economic ties. In July, Brazil, Russia, India, China and South Africa agreed to establish a New Development Bank to support their economies during a financial crisis. In September, Chinese President Xi Jinping proposed to develop an economic corridor linking China, Mongolia and Russia.

Russian stocks fell sharply in April, as violence in Ukraine’s Donetsk and Luhansk regions drew threats of more economic sanctions from the U.S. and the EU.

Independent credit rating agency Standard & Poor’s downgraded Russia’s foreign currency rating from BBB to BBB- with a negative outlook, citing increased capital outflows that could weaken external financing, and cautioned that further downgrades were possible as a result of weaker economic growth or less flexible monetary policy.2 From May through early July, Russia’s stock market benefited from an apparent cooling of tensions between Russia and Ukraine, as well as news that Russia could hold talks with the newly elected Ukrainian president and that the two countries could approve a gas deal. However, the market fell again in July, as eastern Ukraine’s continued destabilization led the U.S. and the EU to impose new sanctions on Russia, particularly targeting the country’s finance, energy and defense sectors. The shooting down of a passenger plane over Ukraine further intensified instability in the region. In August, Russia banned imports of food and other agricultural products from countries that imposed sanctions on it. Russia sought to increase agricultural imports from Argentina, Brazil, Chile, Ecuador and Uruguay and relaxed restrictions on importing meat, fish and produce from certain Latin American countries. Russian stocks rallied in early September amid hopes for a lasting ceasefire agreement between pro-Russian rebels and Ukraine, but stocks declined later in the month because of additional sanctions by the U.S. and the EU on Russia. Consistent with our long-term approach of finding what we consider to be bargain opportunities while seeking to minimize risk, we continue to monitor events in the region. 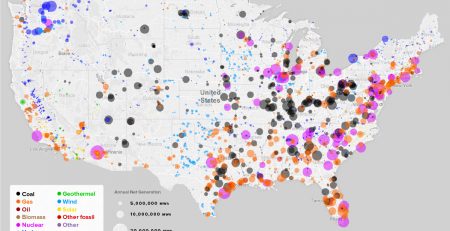