Tesla Motors has gained the attention of Oprah Winfrey, as the richest African-American of the 20th century posted a picture of herself in a white Tesla with a tweet on Tuesday saying, “Test driving my new Tesla with dealer Dan. Love it!!”.

Oprah's power in bringing lesser-known brands to limelight has been dubbed “The Oprah Bump,” as her recommendation influences spending decisions. 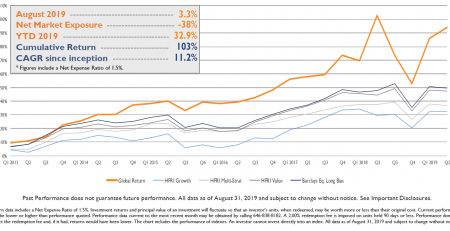 (New!!) Charlie Munger At Caltech: We Try To Avoid Change

Amazon.com, Inc. (AMZN) – Why Does Jeff Bezos Gets Special Treatment?

At times Jeff Bezos is viewed at from a peculiar light. How is it that Wall Street allows him the ability to operate an enormous enterprise and afford Amazon.com,... Read More

In a world where globalization and digitalization are converging in ways as never before seen, considering basically non-existent worldwide commodity price appreciation can result in a disinflationary feeling that... Read More

Brexit: What now? by Independent Trader Since the end of Second World War the whole world could observe the process of unification of Europe. For several decades it was limited... Read More

Catalyst Fund’s David Miller: Growth Is A Form Of Value

Steven A. Cohen’s hedge fund SAC Capital has agreed to a $1.8 billion settlement with the Securities and Exchange Commission, and the deal is expected to include at least... Read More