Tesla Motors announced very optimistic goal of beginning to produce its lineup of electric cars in China within the next two years.  Tesla Motors Inc (NASDAQ:TSLA) CEO Elon Musk said that producing Teslas in China “could cut sales prices of Tesla cars in China by a third,” thanks to local production.  Musk also detailed that lower shipping costs and no import duties as positive reasons behind moving some production to China, in order to take advantage of the fuel . . . 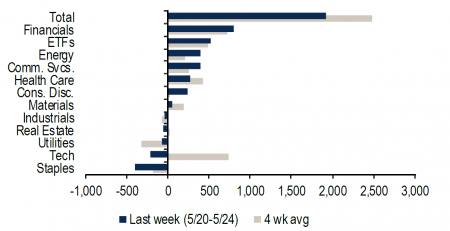 Emerging Market debt is in a difficult position right now as investors continue to try to play the tapering of quantitative easing, Europe's debt problems and the many other... Read More

The bulk of Leon Cooperman's Omega Advisors' assets under management are in US equities, and the fund is extremely bullish on the outlook for equities in the near-term, according... Read More

The set up for a Brexit trade -- against the establishment mean reversion exposure -- is looking good in terms of rhetoric but not price action, where it matters... Read More

What Jobs Numbers Tell Us About Further Rate Increases

What Jobs Numbers Tell Us About Further Rate Increases by Rick Rieder, BlackRock BlackRock’s Rick Rieder explains why he thinks job growth will slow down by the second half of... Read More

CNN To Buy Mashable For $200 Million

Mashable, a social news website, is reported to be in talks with CNN concerning a possible takeover. The talks are in an advanced stage and are said to be... Read More