Elon Musk sealed the deal. On Monday, Twitter accepted Musk’s $44 billion offer to buy the company and take it private. Musk is putting down $21 billion in cash and financing the rest through new debt: a $13 billion buyout loan and a $12.5 billion margin loan against his stock in Tesla.

The market “speaks” with every exchange. What is the market saying here?

The fact that Elon Musk is the wealthiest person in the world and has $21 billion to spend in the first place speaks volumes. Musk predominantly earned that money as profit for investing in—and wages for managing—several massively successful companies, Tesla being the most significant.

The profits of those companies result from purchasing and hiring factors of production (like Tesla plants and workers) to produce goods and services (like Tesla cars) and then selling the products to customers (like Tesla car buyers) for more money than what they paid for the factors.

(An important caveat: the proceeds of Musk’s companies are partly a result of government favors, and to that extent their connection with value-creation is weakened.)

On the other hand, when entrepreneurs squander resources and destroy value, losses punish them by depriving them of their command over those resources (transferring it to the competent entrepreneurs) so as to avoid further value-destruction.

Since it is the decisions of consumers to buy or abstain from buying that determine the extent of profit or loss, it is ultimately consumers who do all this rewarding and entrusting, punishing and depriving.

It’s also why Musk was able to finance his Twitter acquisition by borrowing $12.5 billion using his Tesla stock as collateral. His lenders are confident that they will be repaid with interest, largely because they expect Tesla to continue to create value and earn profits, based on Tesla’s (and Musk’s) track record.

And the $13 billion buyout loan is secured against Twitter’s assets. The lenders of that loan expect repayment because they expect Twitter to create value and earn profits under Musk’s ownership.

In part, this is also based on Musk’s value-creating and profit-earning track record with Tesla, as well as his other companies.

But if the lenders’ analysts are worth their salt, it surely also factors in Musk’s specific plans for Twitter, including his intention to make Twitter a haven for free speech.

So, the buyout loan may signify an expectation that free speech will be good for Twitter’s business.

How could that be? A less censorious, more freewheeling Twitter may be a much more interesting Twitter. That may result in more users, thus more ad revenue and profit. That would also mean more value created for consumers of goods and services found through Twitter’s ads.

If that happens, it will once again be consumers rewarding Musk with profit for value-creation. And this time it will also be consumers expressing how much they value the fruits of free speech.

In yesterday’s deal, the market (consumers especially) spoke in favor of the value-creating ability, not only of Elon Musk, but of free speech.

Dan Sanchez is the Director of Content at the Foundation for Economic Education (FEE) and the editor-in chief of FEE.org.

Below are returns from David Einhorn's Greenlight RE and Dan Loeb's  Third Point RE As of 31-October-2014, the largest disclosed long positions in GLRE's investment portfolio are Apple, gold, Marvell Technology,... Read More

Liquidity remains a concern across all markets, according to Goldman Sachs' special, end of the year, "Top of Mind" Global Macro Research report. The bank's research shows that evidence of... Read More

The 2015 Stock Panic of China: A Narrative Junhui Qian Shanghai Jiao Tong University June 14, 2016 Abstract: This essay documents the boom and bust of the Chinese A-share bubble in 2014-2015.... Read More

When it comes to politics these days, most would probably agree that the nation is openly divided right now, especially since President Trump took the oath of office. Short Selling... Read More 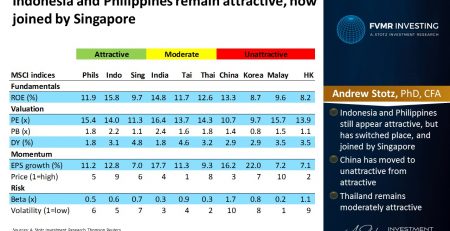 Suzuki Violin is a method for teaching violin. There is a set of books that contain numerous songs that children learn in order. If you go to an early violin... Read More