The Value of Crowdsourced Earnings Forecasts

Crowdsourcing — when a task normally performed by employees is outsourced to a large network of people via an open call — is making inroads into the investment research industry. We shed light on this new phenomenon by examining the value of crowdsourced earnings forecasts. Our sample includes 51,012 forecasts provided by Estimize, an open platform that solicits and reports forecasts from over 3,000 contributors. We find substantial accuracy benefits from combining IBES and Estimize forecasts at all horizons. These benefits are robust to controlling for difference in forecast horizon and forecast bias. Also, the Estimize consensus is a better proxy for the market expectation than the IBES consensus. Finally, Estimize consensus revisions generate significant two-day size-adjusted returns. The combined evidence suggests that crowdsourced forecasts are a useful, supplementary source of information in capital markets.

Traditionally, the task of investment research and disseminating stock recommendations and earnings forecasts has been conducted by sell-side analysts. As recent advances in technology have lowered the cost of gathering information, entrepreneurs have adopted the crowdsourcing model in an attempt to supplement sell-side research as a source of information.1 This phenomenon of outsourcing investment research to an undefined large network of people via an open call has received attention and accolades in the financial press (Costa, 2010; Hogan, 2010 and 2013; Boudway, 2012), but little academic research exists because the phenomenon is recent and multi-faceted, and data are limited. In this study, we aim to fill this void by examining the usefulness of crowdsourced earnings forecasts.

Founded in 2011 and declared one of the hottest startups by Forbes in 2013, Estimize crowdsources earnings forecasts. Estimize contributors include analysts, portfolio managers, independent investors, as well as corporate finance professionals and students. Estimize forecasts are available on estimize.com and Bloomberg terminals, and they are sold as a data feed. During 2012 and 2013, 3,255 individuals submitted 51,012 quarterly earnings forecasts for 1,874 firms.

Firms covered by Estimize contributors are generally in the IBES universe but are larger, more growth oriented, and more heavily traded than the average IBES firm. Unlike IBES forecasts, Estimize forecasts are concentrated close to the earnings announcement date.

To shed light on the usefulness of Estimize forecasts, we examine whether they (1) facilitate accurate earnings forecasting, (2) are a superior proxy for the market expectations, and (3) convey new information to the market. A brief summary of our findings follows.

A key option in Greek debt negotiations, soveriegn debt forgiveness, is apparently off the table as non-transparent Greek derivatives take priority over a compromise The most unreported story in the... Read More 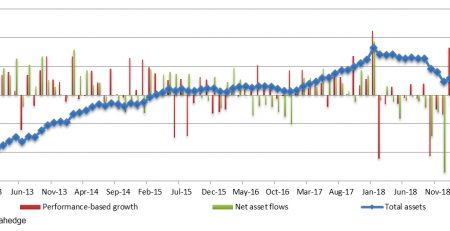