Dan Loeb’s Third Point has been accused again of conspiring to destroy Fairfax Financial Holdings Limited (TSE:FFH) (PINK:FRFHF), after it is alleged that the hedge fund was involved in driving down Fairfax Holding’s stock price about a decade ago. These allegations come as an echo to previous allegations made by the Canadian insurer some months ago, which were later dismissed two months ago.

According to reports, the latest allegations have been made by the wife of a Third Point executive, who two years ago filed a divorce, and claims that her husband started to transfer his investments to “secret” Cayman Islands Accounts seven years ago, in a bid to keep them out of her reach, and consequently, far from the White Plains, N.Y., court where the divorce case is being heard.

Elizabeth Bingham Perry’s latest accusations also mirror several other accusations made by Fairfax against the hedge funds, as covered in our July article, where Jeffrey Perry, her want-away  husband was also featured. The initial case  which also suggested that Morgan Keegan & Co. was involved in reporting bad news related to Fairfax in a bid to exert pressure on the company’s stock, thereby pushing the price down for arbitrage reasons.

The claims also involved Jim Chanos’ Kynikos Associates, and four other hedge funds, whose accusations were dismissed. This is yet another period in which Third Point is Facing accusations over the Canadian insurance company’s shares, after the company, Fairfax Financial Holdings Limited (TSE:FFH) (PINK:FRFHF), along with its CEO, Prem Watsa, accused the firm two months ago, along with the parties mentioned above.

On Monday, the 10th of Septmber, Exis Capital Management and Morgan Keegan & Co. will be in New Jersey State court to face various accusation relating to the Fairfax case. Bingham Perry claims that her husband Jeffrey, has garnered his $40 million worth of wealth though what has been marked by “repeated criminal activity”, categorically pointing out that, hemand Third Point played a major role in a bid to destroy Fairfax.

She even adds on to quote some comments made by her husband on behalf of Loeb’s Third Point, saying, Fairfax was “the Next Enron”, and also alleged that Fairfax was propping up its “sagging balance sheet” with offshore deals.

Over the last six years, seven hedge funds including activist hedge funds have been dismissed from the case.

On the other hand, if Bingham Perry goes on to win her case, she could receive handsome compensation in the form of damages, setting precedence for similar future cases. 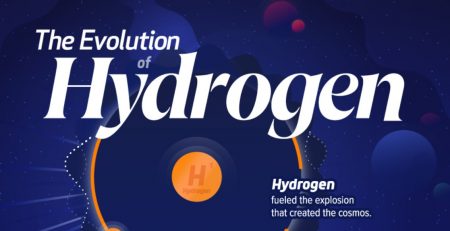 The Evolution Of Hydrogen: From The Big Bang To Fuel Cells

It all started with a bang…the big bang! The explosive power of hydrogen fueled a chain reaction that led to the world we have today. Q1 hedge fund letters, conference, scoops... Read More

Royal Dutch Shell plc (NYSE:RDS.A) (NYSE:RDS.B) has abandoned its half-pursued Arctic drilling plans for 2013. The European oil heavyweight has caved in to pressure from all angles; most specifically... Read More

In today's class, I did a quick introduction to real options, setting up the intuitive rationale for real options. We covered the basics of options, starting with why real... Read More