Exclusive: Third Point is diving into the private and SPAC markets [In-Depth]

Third Point had about $17.3 billion in assets under management, including $800 million in the Third Point Structured Credit Opportunities Fund. The Third Point Venture Fund I held its first close on March 1 and raised more than $300 million. The second close is scheduled for June.

Foursquare Teams Up With GrubHub To Offer Takeout

Users of Foursquare, the popular location-based social networking website for smartphones, will soon be able to order takeout from thousand of restaurants directly through the Foursquare application. Foursquare is teaming... Read More

Bad weather has been taking the blame for the stock market’s correction last month, but it may have also temporarily saved the Northeast from a glut of gas production... Read More

The institutional equity team at Morgan Stanley have put out a note highlighting the stocks they would be buying, and staying away from, in the current market (which was... Read More

Cliff Asness Not Happy With FT Piece On Hedge Funds

Miles Johnson of the FT takes strong issue with an article I didn’t write but, rather, one he thinks someone like me would write (I’m sorry if that’s hard... Read More

SAC Capital's unit CR Intrinsic has sent a letter to the board of Plains Exploration & Production Company (NYSE:PXP) stating that it will vote against an acquisition bid from... Read More

C. Thomas Howard and I authored a series of posts entitled The Active Equity Renaissance earlier this year. We did so because we believe that it is hard but not... Read More 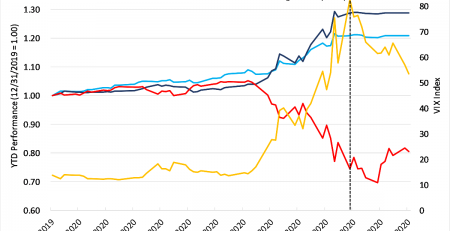 Logica Capital Up 21% YTD; March 2020 Commentary “Is It Different This Time?”

Goldman Sachs Group Inc (NYSE:GS) is reportedly avoiding the Volcker ban by contributing 20% in capital through a new fund that would make investments in commercial real estate-backed loans,... Read More