Tiffany & Co. (NYSE:TIF) reported before the bell on Thursday that its third quarter earnings fell 30%. This came on weaker margins, thanks to higher costs in precious metals and diamonds.

Analysts had estimated 63 cents per share earnings on $859 million in revenues.

In a statement by Tiffany Chairman and CEO Michael J. Kowalski, he said via the Associated Press that Tiffany had expectations that its third quarter would be impacted by the continuous economic softness and previous year comparisons. He added that the company's 54.5 percent gross margin rate–down from the previous year's 57.9 percent–had been more fragile than anticipated, while its tax rate came in greater than expected.

One of the contributing factors to Tiffany's disappointing third quarter was the weak global economy. The company isn't alone in facing this challenge and it has been a trend since last year's holiday season. While Tiffany & Co. (NYSE:TIF) faced tighter margins, it did see some sales traction in Europe and in the U.S.

Kowalski said that looking ahead, the company will remain cautious in its short-term outlook for conditions in the global economy but over the holiday season, it should see improving numbers from new products and new stores.

This time of year is key for retailers as it can provide up to 40 percent of a store's annual revenue, reported the Associated Press.

Europe and Japan both saw a 2% increase with Europe's same-store sales rising 8% on a constant currency basis, while Japan's jumped 5%.

Tiffany & Co. (NYSE:TIF) noted that its other sales increased 73 percent, while it changed five United Arab Emirates stores from independently-run distributions to stores overseen by the company.

Deutsche Bank analysts  believe that there isn’t a major read across to other luxury names, as TIF’s weakness and guide-down are likely driven more my company-specific factors.

For example, they believe that the company has specific positioning issues in Asia, and the poor silver jewelry sales further confirm the difficulty Tiffany is having with more entry-level price point mix, as the aggressive price increases from the last few quarters have, for the most part, priced the brand out of its customers' reach.

At the end of the third quarter, the company had 272 stores.

Pete Mladina, "What You Thought Was Skill Was Just Risk Premia" by Meb Faber Guest: Pete Mladina. Pete is the Director of Portfolio Research for Wealth Management at Northern Trust.... Read More

Do American Workers Have Anything To Complain About? Also see Personal incoming and spending by President Aptly summed, the American labor market is fine.  The baseline forecast suggests the remainder of... Read More 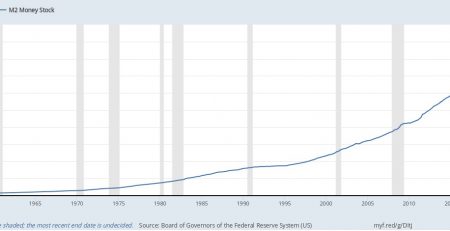 Why Inflation Is At A 12-Year High

Yesterday, the Bureau of Labor Statistics (BLS) released numbers indicating that the average price level of consumer goods has risen 4.2% since this time last year. This is the... Read More