Tim McElvaine (see more about the great Canadian value investor here) 2013 conference call transcript. Below is an excerpt from Tim McElvaine on the value fund’s investment in Rainmaker.

In late 2006, you had a business that was really a post-production studio when we invested in it. It was run by a guy I quite liked, Bob Scarabelli, who unfortunately died quite young, and their business was really – how would you describe it – processing film for movie directors. It was a service business and they had something like 60 or 70% market share at their peak. It was a great little toll business.

Of course, what happened was technology came in and therefore changed the business and changed the cost of remaining in the business. Competitors also came in and the founder passed away. The Board made a couple of acquisitions and then they got involved with a gentleman who decided he wanted to make Rainmaker a large animation studio. So, they went all in on animation.

I was asked to join the Board, not before the acquisition, but after it, and so we formed a special committee and started underway with some asset sales, because the company was leveraged. What I failed to realize, and Jamie knew, was sure they were focused on selling stuff, but they wanted to take, to some extent, the flowers, and water the weeds of the animation business.

The mistake I made, certainly as a board member, was not holding management accountable when they failed to meet benchmarks. It was kind of saying, “all right, you didn’t.” It’s kind of like with Lyam sometimes. I’ll say, “If you do that, you’ve crossed this line, you know you’re in trouble.” And then, he crosses the line, I don’t say, “All right, I didn’t actually mean that line; we’ll move the line over here a little bit.” I don’t do that, sorry Lyam. But, that’s kind of what we did as a Board at Rainmaker and it was a real disservice to shareholders. We were stuck with a business that; no one wanted to buy, was consuming capital, didn’t have any real strategic advantage and was someone’s dream.

The key inflection points were, Craig joined the Board, what was it, 2010? And Craig is not the retiring type, but nevertheless, he was relatively quiet. Craig and I had a conversation in early 2011, where we had both realized that the only way we were going to move forward was if we did a refit of the board. So that was executed, so to speak, in May 2011.

We did some juggling around with CEOs, which Craig can talk about if he wishes, or not. Being somewhat a burnt out group, we had hired some investment bankers, looked at a number of alternatives, and finally settled on this transaction with Xing Xing, which they were a no show at closing – actually, a no show, but they did suggest they would show if we reduced the price further, at which time we said no thanks. I’ll let Craig fill in the details a little bit.

The key turning point was we had a Board with no CEO, no CFO, no real business prospects, other than one client, well two clients – one that was coming to an end and another one who wasn’t sure we were going to be around – and a board which was kind of scratching our heads on what next. We managed to hire Michael. Craig graciously agreed to be CEO. We re-capitalized the company in March 2013 and

I’ll let him give you a bit of an idea of what it’s up to now. But, an amazing change of events over the last nine months.

Vltava Fund letter to investors for the year ended December 31, 2017. Dear Shareholders, We stand at the close of another year, and, instead of presenting a more general topic in... Read More

Bruce Berkowitz's Fairholme Funds (FAIRX), a value mutual fund hold which holds a total of $5,561,843,000 worth of assets. Fairholme is down from peak assets of $23 billion only two years... Read More 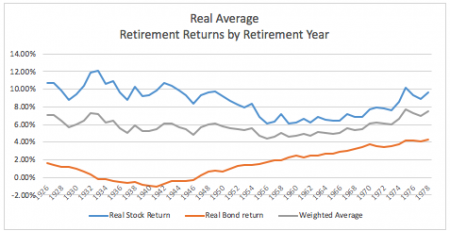