For some background on Tom Murphy and why we are posting this – see this excellent article on QZ The man who taught Warren Buffett how to manage a company and Larry Cunningham's book on Buffett ‘Berkshire Beyond Buffett: The Enduring Value of Values‘ and his article on ValueWalk, When Investing, Know Your Price

When Lawrence Cunningham, author of the recently-published Berkshire Beyond Buffett, asked the Berkshire CEO who should write the foreword, Buffett immediately suggested his friend of more than 40 years—Tom Murphy.

“Most of what I learned about management, I learned from Murph,” Buffett told Cunningham. “I kick myself, because I should have applied it much earlier.”

Thomas “Tom” Murphy (Capital Cities/ABC), HBS 1949, joined a small television station in upstate New York after graduating from HBS. Over several decades, and as a result of many brilliantly crafted deals, he gradually built the telecommunications empire Capital Cities. In 1985, Tom engineered the purchase of ABC with the backing of hislong-time friend Warren Buffett, and the company became Cap Cities/ABC. Ten years later, Tom sold Cap Cities/ABC to Disney for about $19 billion. He described his experiences in an interview from his Manhattan office at ABC in December 2000. Interviewer: Amy Blitz, HBS Director of Media Development for Entrepreneurial Management.

I would say that the most fortunate thing that happened to me, outside of being born an American, was that my father and mother were just magnificent. They were very happily married. They were vitally interested in their children and in giving us the best possible education. They were great role models for my sister, my brother, and me. I think that to have great role models at a very young age is a very fortunate thing. It doesn’t happen to everybody. I would say that the single most important thing in my life is the wonderful family I came from.

My father was the youngest child in a big Irish family. He was the only one who went to college and later, after he got out of the First World War, he became a lawyer. He went to Fordham Law School at night. As a lawyer he developed quite a business, and during the last fifteen years of his life he was a Supreme Court judge in New York State.

Unfortunately, he died when he was sixty-four. My father was very successful and I was very proud of him.

I have an older brother who’s a very successful lawyer, and a younger sister. She’s seventy years old now, but she’s still younger than I am. She has been a mother of four children and has had quite a successful career doing a great deal of work for cancer causes. The three of us were always trying to get the best possible education for ourselves. My father was insistent about it—almost a nut about it. He wanted us to work hard and play hard. My brother ended up going to Dartmouth and then to law school.

I ended up going to Princeton and then into the Navy. The Navy sent me to Cornell, where I graduated as an engineer. Then the G.I. Bill got me through Harvard Business School. Most of my education in college was done through the United States Service, either through the Navy or through the G.I. Bill.

I was in the Second World War from June 1943 to July 1946. Actually, I was lucky. The thing that probably saved me from getting into serious trouble was the atom bomb being dropped. It happened when I was just about to go out to sea on a ship that probably would have taken me to the shores of Japan. So I’m probably one of the people saved by the bombing. I never saw anything more than a beer bottle thrown at me during my three

years in the Navy, but it was a terrific experience for me. They told you that you had to show up on time, do what you were told, and tell the truth—all great qualities. The service is a wonderful experience for a young man or woman. I’m a big advocate for doing time in the U.S. Services. Either that or something like the Peace Corps is a great thing for young people to do after their higher education.

When I was out to sea in the Navy, I was lucky with some of my experiences. I ended up with a lot of responsibility at a very young age and I made some foolish decisions. I was lucky nothing bad happened. Once, at the end of the war, we were in the Philippines and going back to our ship. I had asked the coxswain to take us back 180 degrees but he went 90 degrees, so we were out to sea in the middle of the night. I made the mistake of trying to triangulate back to the ship, and it really would have been a stupid thing to do because there were about 100 sunken ships in the bay at the time. Any one of them could have ripped apart the bottom of our landing craft.

I had all these, frankly, drunken sailors with me. I was the only officer on this little landing craft, so I was the senior person. If anything went wrong, I was the guy who got blamed, and rightly so. The coxswain did what I told him to do. He made a mistake, but I should have just gone right back on the same 180 degrees, bringing us back to the landing point, before I tried to get us to the right spot. I don’t drink anymore, but back then, I was having a few drinks, and I made a bad decision. I would have, and should have, been court marshaled, but I was lucky it didn’t happen.

Harvard Business School did two very important things for me. The first was that it gave me self-confidence. Before you get to HBS, you’re a young fellow, looking at business and seeing all these big things happening in complicated companies. You’re asking yourself, “How am I ever going to get involved in anything like that,” or “How can I find out whether I’m any good or not?” But with the case method you find out very quickly that the answer is simply good judgment. After you have the facts, you can make sensible decisions.

I found out, quite to my own surprise, that I was really pretty good at business. One of the interesting things I’ve learned in my life is that one of the most uncommon things in life is common sense. It’s very hard to notice whether people have great common sense. I attribute mine to my family. So the two years at Harvard Business School, plus my time in the service, gave me self-confidence. I was able to say, “Gee, business isn’t so tough. I can figure this out.”

The second thing Harvard Business School did was it gave me associations through my classmates. We had all just come out of the service, and my classmates have become my best friends in the last fifty years. These are fellows I ended up living with in New York after we graduated. They are still my best friends. That’s a wonderful thing to have happen. A lot of people go to college and never see their friends after that because they all go in different directions. But at Harvard Business School, everyone is interested in the same thing, which is business. Everyone has a lot in common.

Discussed by the father of value investing in this clip are: Get The Full Series in PDF Get the entire 10-part series on Charlie Munger in PDF. Save it to your... Read More 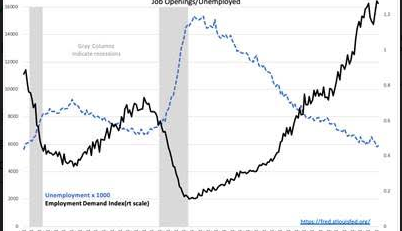