These are among many of the words that have been used lately to describe the Trans-Pacific Partnership (TPP) trade pact, which was finally signed in Atlanta this Monday by 12 participating Pacific Rim nations.

After nearly seven years of negotiations, the TPP promises to deliver unprecedented free and fair global trade among the 12 participant nations.

Once ratified by each country’s congress or parliament—which is likely to happen in early 2016—the accord will become the most significant, most economically-impactful trade deal in history. As many as 18,000 tariffs are expected to be eliminated. It will remove barriers to foreign investment, streamline customs procedures and create an international investor-state dispute settlement (ISDS) system, among much more.

The Peterson Institute for International Economics, a Washington, D.C.-based think tank, predicts that the resultant savings could boost the world economy by an incredible $223 billion by 2025.

Today, the 12 members control more than a quarter of all global trade, representing close to $10 trillion. But it’s estimated that once the TPP goes live, the trade percentage could climb to as high as 50 percent, according to CLSA.

The trade pact couldn’t have come at a better time. Global growth is slowing, and mounting tariffs threaten to suffocate trade. Even though the TPP’s full implementation is months and, in some cases, years away, it’s encouraging to know that positive change is on its way.

Having said that, no one knows the full details yet and it might be a while before we can see the official documents. When that time comes, we’ll be analyzing the deal to see which countries, industries and sectors stand to benefit the most. And of course the pact has already become the subject of criticism, targeted specifically at how it handles pharmaceuticals and intellectual property.

All in all, however, the world has needed such an agreement for years now to bring unilateral trade liberalization into the 21st century.

The most notable player missing-in-action is China, and to a lesser extent Korea, both of which have taken a “wait and see” attitude. That will likely change in the coming years. China sat this round out because the trade deal would have imposed several stringent economic, labor and environmental conditions on the Asian giant, as it does on all TPP nations.

But China and Korea will doubtlessly have little choice but to join the team once they see the enormous benefits enjoyed by participating countries. China’s southern neighbor Vietnam, for instance, is expected to see a huge 10 percent boost in its GDP by 2025—twice as much as any other Asian market—according to Credit Suisse. Malaysia, a 5 percent boost.

The business relationship between the U.S. and China—the world’s two largest economies—grows stronger every day, and China doesn’t want to see its competitive edge dulled by other Asian countries that chose to be members of the TPP.

Here in Texas, where a lot of public signage is written in both English and Spanish, I’m starting to see more and more Mandarin, an indicator that U.S.-China relations are strengthening. The picture of the ad, which I took at the San Marcos Premium Outlets mall just north of San Antonio, is clearly targeted to Chinese tourists. It’s an ad for China Merchants Bank and reads: “In America, use Merchants Bank credit card! Very American!”

“Very American,” indeed. To be clear, the real winner in the formation of the TPP is the U.S., for whom the deal is as much about geopolitics as it is about trade. In a briefing this week, the National Bank of Canada writes that the TPP “would allow the United States to take the lead in setting the rules of commerce for about 40 percent of the global economy.”

But as I said, Vietnam is poised to see the biggest upside potential as a result of the deal. The Southeast Asian country is a large manufacturer and exporter of textiles, apparel and footwear, all of which the U.S. currently imposes a very high 17 percent duty on. That’s set to disappear, saving the country billions. Because foreign investment in Vietnam is expected to accelerate under the deal, banks, consumer goods and construction are also set to benefit.

Malaysia is another country that stands to see sweeping changes. Right now the country doesn’t have a trade agreement with the U.S., Canada, Mexico or Peru. Once the deal is ratified and implemented, Malaysia’s vital palm oil, rubber, plywood, electronics, textile and automotive parts industries will be open for business to some of the world’s largest economies.

As for Japan, its all-important $538 billion auto industry will receive a huge shot in the arm. Consultancy firm Eurasia Group estimates that the TPP could help add $105 billion to Japan’s GDP by 2025.

Say It with Me: Government Policy Is a Precursor to Change

Not only is the Trans-Pacific Partnership great for global trade but it also promises to help bring fiscal and monetary policies into balance. The deal is a welcome and much-needed development from a fiscal perspective that we haven’t seen from world governments in more than a generation. Lately, everything’s been about monetary policy—specifically quantitative easing and currency manipulation—to stimulate growth.  A reduction in taxes, tariffs and regulation also promotes growth.

Here at U.S. Global Investors, we often say it’s the policy, not the party, that really matters. Republicans, Democrats and Independents alike are all capable of effecting change that can both move the U.S. forward as well as set it back.

On President Barack Obama’s watch, many new restrictive rules and regulations have been enacted in the U.S. that clog up the flow of capital like cholesterol and hinder business growth and innovation. I’ve written and spoken about these policies on many occasions.

At the same time, we must acknowledge that he’s been one of the most fervent champions for the creation of the TPP, even going so far as to stand up against several prominent members of his own party. I’m certain that in the decades to come, the TPP will emerge as the Obama administration’s crowning foreign policy achievement.

What the Influencers Are Saying

I’d like to end by sharing some compelling comments on the TPP by key policymakers, business leaders and economists. Their optimism should convince anyone that the TPP, once ratified, could end up being the best thing to happen to global trade in at least a generation.

To my Canadian friends and readers, I wish you a happy and blessed Canadian Thanksgiving!

Malaysia currently puts a 30 percent tax on American auto parts. Vietnam puts a tax of as much as 70 percent on every car American automakers sell in Vietnam. Under this agreement, all those foreign taxes will fall. Most of them will fall to zero. So we are knocking down barriers that are currently preventing American businesses from selling in these countries and are preventing American workers from benefiting from those sales to the fastest-growing, most dynamic region in the world.

Free-trade agreements create new opportunities for American companies and their workers. I thank the United States Trade Representative and fellow trade negotiators for their commitment to finalizing this agreement. U.S. companies need to be able to compete and win in global markets to support well-paying jobs at home. It’s critical we provide our manufacturers and exporters with the best tools to compete on a level-playing field in markets worldwide.

In many parts of the world, food and agricultural products still face the legacy of high import barriers. We believe the Trans-Pacific Partnership will allow food to move more freely across borders from places of plenty to places of need, which benefits farmers and consumers around the world.

Canada’s mining industry has been a strong advocate for liberalized trade and investment flows for many years. NAFTA, free trade agreements with Chile, Peru, Colombia and other countries in Latin America, Africa and Asia have all helped to increase Canadian exports and investment, supporting jobs for Canadians here and abroad. TPP, representing such a massive trade block, including critical emerging markets, is a trading partnership Canada must not risk being left out of.

Global markets rebounded this week, relieved that September’s disappointing U.S. payrolls report could mean an extended period of low interest rates. Weaker U.S., U.K. and German export data underscores the need for more supportive central bank policies to counter global economic weakness. Amid a general rally in commodities, crude oil prices rose on expectations of a cutback in U.S. production, trading on Friday around $50 and $53 per barrel for WTI and Brent, respectively. The yield on the U.S. 10-year Treasury note moved back above 2.10 percent. The Chicago Board Options Volatility Index (VIX) fell below 18, reflecting improved investor confidence and ending its first month-long stretch above 20 since 2012.

Please consider carefully a fund’s investment objectives, risks, charges and expenses.   For this and other important information, obtain a fund prospectus by visiting www.usfunds.com or by calling 1-800-US-FUNDS (1-800-873-8637).   Read it carefully before investing.  Distributed by U.S. Global Brokerage, Inc. 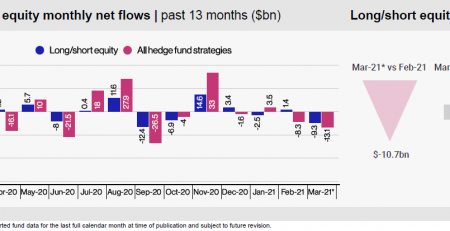 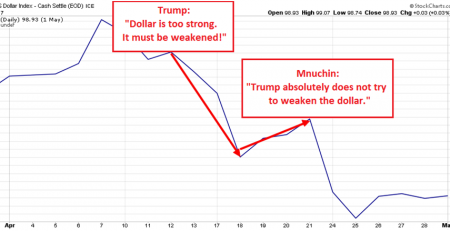 JPMorgan CEO Jamie Dimon on Fannie Mae and Freddie Mac, the SALT deduction, President Trump, bitcoin, the outlook for M&amp;A and Federal Reserve policy. Videos and some text below Get... Read More

China Hard Landing - Around the end of November through the first couple weeks of December, Wall Street analysts release outlooks for the coming year. One prediction that appears to... Read More