If a stock remains undervalued even as its underlying value is expanding, it is highly likely that the valuation gap is merely a temporary phenomenon.

Mr. Market behaves in mysterious ways. Most of the time, he’s relaxed, content and willing to pay a fair dollar or a slight discount for your position. Every so often though, typically because of some corporate news, Mr. Market can grossly overreact. Such is the case now with Manitok Energy (MEI-TSXV) currently trading at $2.15 per share.

Manitok, a conventional oil and gas producer, is focused on the Southern Alberta Foothills. Its wells are free flowing (expensive hydraulic fracturing is not required), have low decline rates, long reserve lives (currently over 13 years) and high internal rates of return.

Although the share price subsequently recovered, in late October the company issued four press releases over two trading days that unnerved investors. The first release confirmed that the Cabin Creek well had not improved and that management had also inadvertently overstated a

well result in its core area of Stolberg by combining a 48 hour test into a 24 hour result, doubling the actual production rate in error. The following trading day Manitok reported that the COO left thecompany—though replaced with someone who had greater experience with running a multi-thousandboe/d (barrels of oil equivalent per day) company. Then came a capital raise via flow-through shares (providing Canadians a tax deduction), temporarily satisfying demand. Some investors even created incremental supply by unloading common shares in exchange for flow-through shares. Concurrently, Manitok announced an agreement with Encana to spend $106 million in the Entice area over three years, potentially bringing in a second core area but creating uncertainty about the future direction of the company amongst investors unfamiliar with the assets.

Given the significance of the changes and the amount of new information to digest, rumours started flying. A classic example of Ben Graham’s “voting machine” in action. 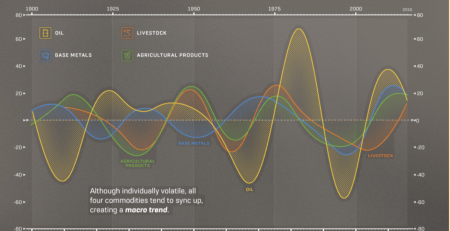 This tweet made my day: Q1 2021 hedge fund letters, conferences and more If you don’t get it, you probably missed the biggest lumber boom in history. Since the beginning of... Read More