Trian Partners on Why Legg Mason is Superior to PIMCO

Trian Partners led by Nelson Peltz had a weak Q2, but is still having a great year. The activist hedge fund was only up 0.2 percent in Q2, but has returned 11.7 percent for 2013, according to a shareholder letter obtained by ValueWalk. AUM has soared 60 percent in the past year, and is now at $6.3 billion. The letter discusses an unknown short, a new long and discusses Nelson Peltz's proposal for PepsiCo, Inc. (NYSE:PEP) and Mondelez, but we hope to return to that. Below is a brief excerpt on why Trian Partners likes one asset manager, Legg Mason Inc (NYSE:LM).

We believe Legg Mason Inc (NYSE:LM)’s shares declined in the second quarter as a result of negative investor sentiment regarding the impact of a rising interest rate environment for Legg Mason’s two fixed income managers: Western Asset Management and Brandywine Global. Higher interest rates will likely result in a modest decline in fixed income AUM – however, we believe this impact will be manageable. First, both Western and Brandywine are global managers and the increase in US interest rates affects only a portion of their business. Regarding the US portfolios, we believe that duration averages between three and four years which means that a 100bps increase across the curve will result in only a 3-4% depreciation in US fixed income assets. With respect to future fund flows, both Western and Brandywine are more institutionally focused (institutions typically maintain constant weightings of fixed income assets and do not attempt to call market cycles) and have a greater credit-oriented focus than competitors such as PIMCO which should help limit any flow pressure.

Overall, our thesis on Legg Mason remains the same. Better fund flows, strong free cash flow, and improving margins should allow the shares to be valued closer to peer averages. The company continues to make progress across these fronts. As important, on July 23rd, Legg Mason announced the appointment of Dennis Kass, an industry veteran, as non-executive Chairman of the Board. Mr. Kass will also continue to serve on the Nominating & Corporate Governance, Finance and Compensation Committees, which he has done since he joined the Board in April 2013.

On June 6th, Legg Mason announced that John Murphy and John Myers would join the board of directors. Mr. Murphy has over thirty years of experience working in the investment management business (former CEO of Oppenheimer Funds) and Mr. Myers spent twenty years at GE Asset Management before retiring as CEO in 2006. We are pleased with the addition of these talented individuals and believe their experience and perspectives will be beneficial in the boardroom. 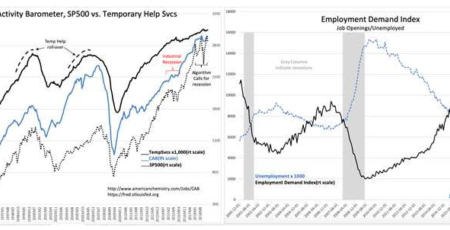 It’s About To Get Wild…

A few years back, I was in NYC for meetings. All of a sudden, it started to pour, absolutely Miami style rain. Miraculously, an umbrella vendor popped out of... Read More 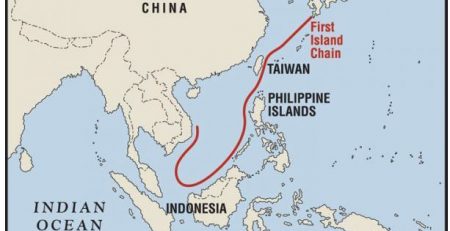 In Part I of this report, we laid out the two narratives that the U.S. and China are using to frame relations between the two countries. This week, we... Read More