What Is The "Trump Effect" On Markets? It Could Be Good For Gold, Bad For China – ValueWalk Premium

What is the "Trump Effect?" The lightly challenged ascendancy of Republican front runner Donald Trump to capture his party's nod to potentially face Democratic front runner Hillary Clinton in an election nine months away could create investment market volatility, various institutional research reports say. But it is economic factors and not Trump that are currently having the most significant impact on market movement, say other reports.

ICBC international research is watching relations with China and the currency relative to a potential Trump presidency
Perhaps the most significant . . . 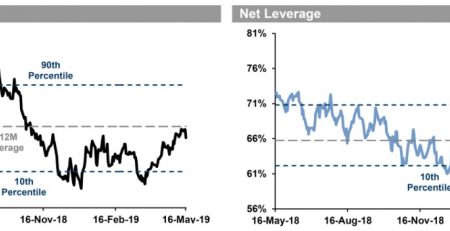 The Hard Case For Investing in Ocean Metals

There is a wave of interest in ocean metals. Sitting unattached atop the deep seafloor can be found copious amounts of nickel, copper, cobalt, manganese, and some rare earth elements—metals the... Read More

Copper is the blood of the global economy. And in 2005, China couldn’t get enough of it. Q3 hedge fund letters, conference, scoops etc Copper is vital for industries ranging from... Read More

Bill Gross: My Own Personal History Of Sexual Edification; Nick got his hands on one of those trashy "Victoria's Secret" advertising mailers

My Own Personal History Of Sexual Edification by Bill Gross, Janus Capital Group - presented witout comment Sex is a three-letter word that has rarely appeared in an Investment Outlook... Read More