I trust that many of you are familiar with the story of Peter Pan, in which it says, ‘the moment you doubt whether you can fly, you cease forever to be able to do it’. Yes, what we need is a positive attitude and conviction. Indeed, each time central banks have been confronted with a wide range of problems, they have overcome the problems by conceiving new solutions.

Kuroda’s optimism is desperately needed in a country that has now been officially “leapfrogged” by the four Asian Tigers in terms of Real GDP per capita (PPP). With over a decade of experimentation in extreme monetary policy under their belts, Japan has very little to show for it.

It would be fine if this story of economic malaise could be confined as a global outlier. However, recent circumstances have prodded the world’s central bankers to finally buy into the tale of Peter Pan.

The world is turning Japanese.

Turning Japanese So Much Negativity

Negative interest rates were an economic pipe dream many decades ago, but the idea of “charging” interest to hold money is now becoming mainstream. Conventional wisdom was that depositors would just hoard cash rather than depositing at a cost, but now the people running central banks are beginning to believe that this fear is misplaced. Especially as society becomes more cashless, the inconvenience of withdrawing money to save a few bucks isn’t worth it.

Central banks in Switzerland, Sweden, Denmark, and Japan now all have negative interest rates. The ECB has also held their Deposit Facility Rate for overnight deposits in the negative since June 2014.

In recent weeks, the interest in this economic experiment has risen significantly. Sweden cut their rates deeper into negative territory, signalling to the rest of the world that there is nothing to fear. Meanwhile, both the Federal Reserve and the Bank of Canada have openly pondered the possibility of NIRP in their respective jurisdictions.

Not everyone agrees with the central bankers in seeing the Peter Pan analogy to be a fitting representation.

We’d liken it more to a squad of musketeers running out of gunpowder, and turning desperately to their bayonets to win a decision. It doesn’t matter how much conviction and optimism the crew has in their bayonet skills – at the end of the day, it’s only going to add a few extra minutes of life into the inevitable battle against a much more powerful deflationary force.

In other words, “hope” isn’t a strategy that central bankers can use to any efficacy, and wishful thinking can only go so far. The market seems to agree, and it’s part of the reason that stocks have sold off this year. Even the “safe haven” gold trade is back, after being absent for much of the previous year.

Many critique assets such as gold, which is up 15% year-to-date, because it does not pay a dividend or interest.

This may be true, but at least gold does not “charge” interest, as bankers across the world are beginning to ponder.

The World Is Turning Japanese 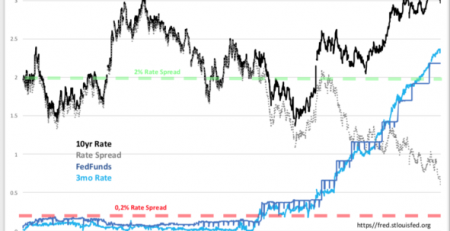 With considerable inflows witnessed over the last month in precious metals and U.S. Treasury funds, ETF investors continue to be risk averse as they shed their equity holdings, reports... Read More

There are Goldilocks market strategies that might work well in the current environment, JPMorgan’s Marko Kolanovic said in a report out today. In an April Market Commentary reviewed by ValueWalk,... Read More

“In 1948, we made our GEICO investment and from then on, we seemed to be very brilliant people.” - Benjamin Graham, 1976 What can GEICO teach us about “value” versus “growth” investing? Plenty.... Read More