After a strong year-end finish, global equity markets plateaued in the first quarter of 2014 as  slowing growth in emerging markets and increasing tension in a number of regions slowed the building equity market momentum of 2013. On a relative basis, the Tweedy Browne Funds responded well to this more unsettled environment with all four of our Funds besting their benchmark indices for the quarter. Most longer term performance comparisons continue to be quite favorable.

Please visit www.tweedy.com to obtain performance data that is current to the most recent month-end.

* The Adviser has contractually agreed to waive its investment advisory fee and/or to reimburse expenses of the Global Value Fund II — Currency Unhedged to the extent necessary to maintain the total annual fund operating expenses (excluding fees and expenses from investments in other investment companies, brokerage, interest, taxes and extraordinary expenses) at no more than 1.37%. This arrangement will continue at least through December 31, 2014. The Global Value Fund II – Currency Unhedged has agreed, during the two-year period following any waiver or reimbursement by the Adviser, to repay such amount to the extent that after giving effect to such repayment the Fund’s adjusted total annual fund operating expenses would not exceed 1.37% on an annualized basis. The performance data shown above would be lower had fees and expenses not been waived and/or reimbursed.

The Funds do not impose any front-end or deferred sales charges. However, the Tweedy Browne Global Value Fund, Tweedy Browne Global Value Fund II – Currency Unhedged and Tweedy Browne Worldwide High Dividend Yield Value Fund impose a 2% redemption fee on redemption proceeds for redemptions or exchanges made within 60 days of purchase. Performance data does not reflect the deduction of the redemption fee, and, if reflected, the redemption fee would reduce the performance data quoted for periods of 60 days or less. The expense ratios shown above reflect the inclusion of acquired fund fees and expenses (i.e., the fees and expenses attributable to investing cash balances in money market funds) and may differ from those shown in the Funds' financial statements.

As the bull market gained momentum over the last year, the more cyclical components of our Fund portfolios began to deliver the best returns. However, as markets got a bit choppier in the first quarter of this year, our pharmaceutical holdings were once again the best performing component of our Fund portfolios. Our big three long term pharma holdings, Roche Holding Ltd. (VTX:ROG) (OTCMKTS:RHHBY), Novartis AG (ADR) (NYSE:NVS), and Johnson & Johnson (NYSE:JNJ), all produced high single digit returns. With the exception of Philip Morris International Inc. (NYSE:PM), tobacco holdings such as British American Tobacco PLC (ADR) (NYSEMKT:BTI) and Imperial Tobacco Group PLC (ADR) (OTCMKTS:ITYBY) (LON:IMT) produced strong returns during the quarter.

The same held true for oil & gas and energy related companies such as Total SA (ADR) (NYSE:TOT), Royal Dutch Shell plc (ADR) (NYSE:RDS.A)  (NYSE:RDS.B), Cenovus Energy Inc (NYSE:CVE) (TSE:CVE), and Halliburton, which continued to perform well. Financials such as consumer finance company Provident Financial and insurance companies such as Zurich Insurance Group Ltd (ADR) (OTCMKTS:ZURVY) (VTX:ZURN) and CNP Assurances SA (EPA:CNP) also contributed significantly to Fund returns during the quarter. In contrast, we did not get stock market recognition during the quarter in a number of our beverage, media, and bank stocks, despite continued fundamental progress for most of them. Companies such as Diageo plc (ADR) (NYSE:DEO) (LON:DGE), Coca-Cola Femsa, the Daily Mail, Pearson, Schibsted, DBS Group and HSBC had negative returns for the quarter. 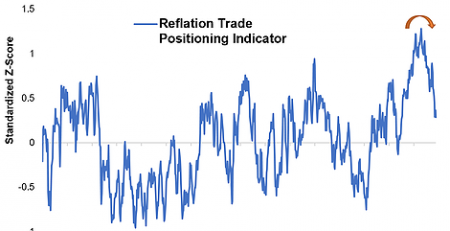 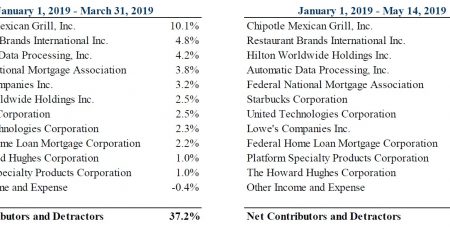 After the market closed today, Berkshire Hathaway announced a major liberalization in its policy for buying back its shares.  After release of its second quarter results on August 3,... Read More