In this essay, I want to tell readers about two of the last century’s big and fascinating business failures. But first, some related insights.

In her 2008 Commencement Address at Harvard University, Harry Potter author J. K. Rowling famously asserted, “It is impossible to live without failing at something, unless you live so cautiously that you might as well not have lived at all—in which case, you fail by default.”

So many well-known businesspeople failed before they succeeded, or failed at something after they succeeded, that learning from failure is a cardinal rule of entrepreneurship. The difference between a bad entrepreneur and a good one is not failure, but rather, allowing failure to sink you or to teach you. The motivational speaker Dennis Waitley said, “Failure should be our teacher, not our undertaker. Failure is delay, not defeat. It is a temporary detour, not a dead end. Failure is something we can avoid only by saying nothing, doing nothing, and being nothing.”

Risk is unavoidable in an ever-changing and uncertain world. You cannot avoid failure by trying to avoid risk. You will simply fail in the effort and reduce your chances for success.

It is not the critic who counts; not the man who points out how the strong man stumbles, or where the doer of deeds could have done them better.

The entrepreneur assembles factors of production in the present and hopes that his decisions will be validated by the future market conditions he anticipates. But not even the smartest human being knows everything about the tomorrow that has not happened yet. Risk of failure is inherent in any investment in an uncertain future.

Like his father before him, candy maker Milton Hershey flopped multiple times before he prospered. So did cartoonist, film maker, and theme park pioneer Walt Disney. Being good entrepreneurs, they didn’t give up. They learned and they persevered.

Reasons for failure include poor planning or poor implementation of a plan, undercapitalization, managing people badly, lousy marketing, innovating too slowly, underestimating the competition, being overwhelmed by the unforeseen, or simply failing to learn from previous failures.

This excerpt from Theodore Roosevelt’s April 1910 “Man in the Arena” speech in Paris provides me with the perfect segue to the rest of this essay:

It is not the critic who counts; not the man who points out how the strong man stumbles, or where the doer of deeds could have done them better. The credit belongs to the man who is actually in the arena, whose face is marred by dust and sweat and blood; who strives valiantly; who errs, who comes short again and again, because there is no effort without error and shortcoming; but who does actually strive to do the deeds; who knows great enthusiasms, the great devotions; who spends himself in a worthy cause; who at the best knows in the end the triumph of high achievement, and who at the worst, if he fails, at least fails while daring greatly, so that his place shall never be with those cold and timid souls who neither know victory nor defeat.

The two business flops I want readers to know about featured two North American entrepreneurs operating decades apart but in the same South American country—Brazil. The first was Henry Ford, the second was Daniel K. Ludwig. To borrow again from TR, they dared greatly.

Henry Ford’s name was known everywhere a century ago and likely still is today. When the last Model T rolled off his assembly line in Michigan in 1927 (making way for its successor, the Model A), he had sold 15 million of them for an average of a few hundred dollars apiece. By enriching so many people with the first mass-produced, affordable automobile, Ford became rich himself. But solving problems was always more interesting to him than making money. Dealing with a British rubber monopoly was the problem that gave him a big idea.

Knowing that Brazil’s Amazon region was packed with rubber trees that produced the latex he needed to make automobile tires, Ford set his sights on building his own rubber operation there. He negotiated with the Brazilian government and in 1927, he finalized an agreement by which he secured 2.5 million acres along the Tapajos River, a hundred miles south of where it flowed into the Amazon at the city of Santarem. In exchange, he would have to give the government a nine percent share of the profits. The centerpiece of the project would be a new town, which the auto magnate christened “Fordlandia.”

It took a small fortune and only six years before Fordlandia collapsed.

Talk about thinking big! The man from Dearborn envisioned not only a massive rubber-producing operation 4,000 miles from home, but also a utopian village where his Midwest American values would transform a foreign society. It was a Herculean challenge in every way—logistically, environmentally, culturally, and economically.

It took a small fortune and only six years before Fordlandia collapsed. The Brazilian workers disliked American food and cared even less for Ford’s ban on alcohol (even in their own homes). Bugs and diseases did not approve of the rubber trees Ford’s managers planted. Fordlandia closed and Ford moved operations upriver but within a decade, those shut down too. The invention of synthetic rubber in the 1940s made natural rubber obsolete.

Ford’s grandson Henry II sold everything back to the Brazilian government in 1945 for a loss, in today’s dollars, of nearly $300 million.

Daniel K. Ludwig (1897-1992), also a Michiganian, never gained the notoriety of Henry Ford but that was fine with him. He deliberately shunned the limelight his entire life. His Brazil project in the 1960s and ‘70s, though, was just as spectacular as Ford’s.

Ludwig’s first entrepreneurial venture took the form of transporting lumber and molasses on freighters plying the Great Lakes. He was just 19 when he started the company. Over the next half century, he built one of the world’s largest fortunes by mastering the businesses of shipping (he practically invented the supertanker), hotels, insurance, orange groves, oil refining and cattle ranching.

What are we to make of gargantuan gambles like Fordlandia and Monte Dourado?

At the age of 70, long after he could have retired to a life of luxury, Ludwig came up with his big Brazil idea. He bought 4 million acres not far from the ruins of Fordlandia and planned to build a pulp paper mill. But first he would create a model community called Monte Dourado and develop local agriculture to feed the inhabitants he hoped would work in the mill.

A tall order grew much taller when Ludwig decided that rather than construct the mill from scratch on site, it was more feasible to build it in Japan and ship it across the ocean to Brazil. That’s right. He built an entire paper mill in Japan and towed it in two giant pieces all the way to Brazil, and then hundreds of miles up the Amazon.

Perhaps it tells you how unentrepreneurial I am that the thought of such a venture would never have occurred to me, at any age. But I am grateful that there are people in the world who are obviously more courageous and more visionary than me.

Once the plant was assembled in 1979, it began producing 750 tons of cellulose every single day. Nonetheless, the project as a whole yielded losses that forced Ludwig to sell it all to Brazilian investors in 1981. He devoted the remaining decade of his life to financing cancer research, donating hundreds of millions of dollars for that purpose.

What are we to make of gargantuan gambles like Fordlandia and Monte Dourado? The small-minded will be quick to criticize, to be sure. They are probably the same people who dismiss the dreams of present-day entrepreneurs to explore the deepest ocean floor or to colonize Mars. From me, however, you won’t hear anything but an encouraging word when someone thinks big (especially if he does it with his own money).

It is no compliment to be among ‘those cold and timid souls who neither know victory nor defeat.'

I am sure that neither Ford nor Ludwig ever tried to fail. It is not a difficult task if you think about it. I am also sure that neither man enjoyed it when it happened. But I am also certain that they did not fear it. Ford himself once said, “Failure is simply the opportunity to begin again, this time more intelligently.”

Do not be afraid of failure. Be prepared to learn from it. Do not fail to take a risk because you are afraid the dream might not succeed. If fear of failure were all it took for humans to fail to act, wouldn’t we still be living in caves? When great men like Ford and Ludwig take big chances, it inspires others to take chances too, big and small.

I do not sneer at failures like the two I have written about here. I marvel at them and wish that I had half the courage to try such remarkable ventures. It is indicative of a spirit without which humanity’s existence would be dull and stagnant.

It is no compliment to be among “those cold and timid souls who neither know victory nor defeat.”

Milton Hershey Showed that Persistence is the Key to Success by Lawrence W. Reed

Fordlandia: Henry Ford’s Forgotten Rubber Empire Deep in the Heart of the Amazon by Morgan Dunn

Lawrence W. Reed is FEE's President Emeritus, Humphreys Family Senior Fellow, and Ron Manners Global Ambassador for Liberty, having served for nearly 11 years as FEE’s president (2008-2019). He is author of the 2020 book, Was Jesus a Socialist? as well as Real Heroes: Incredible True Stories of Courage, Character, and Conviction and Excuse Me, Professor: Challenging the Myths of Progressivism. Follow on LinkedIn and Parler and Like his public figure page on Facebook. His website is www.lawrencewreed.com.

The Piotroski F-Score has been the only positive screener that has consistently done well over time despite 2018 market conditions. End of November results show it at 8.32% vs... Read More 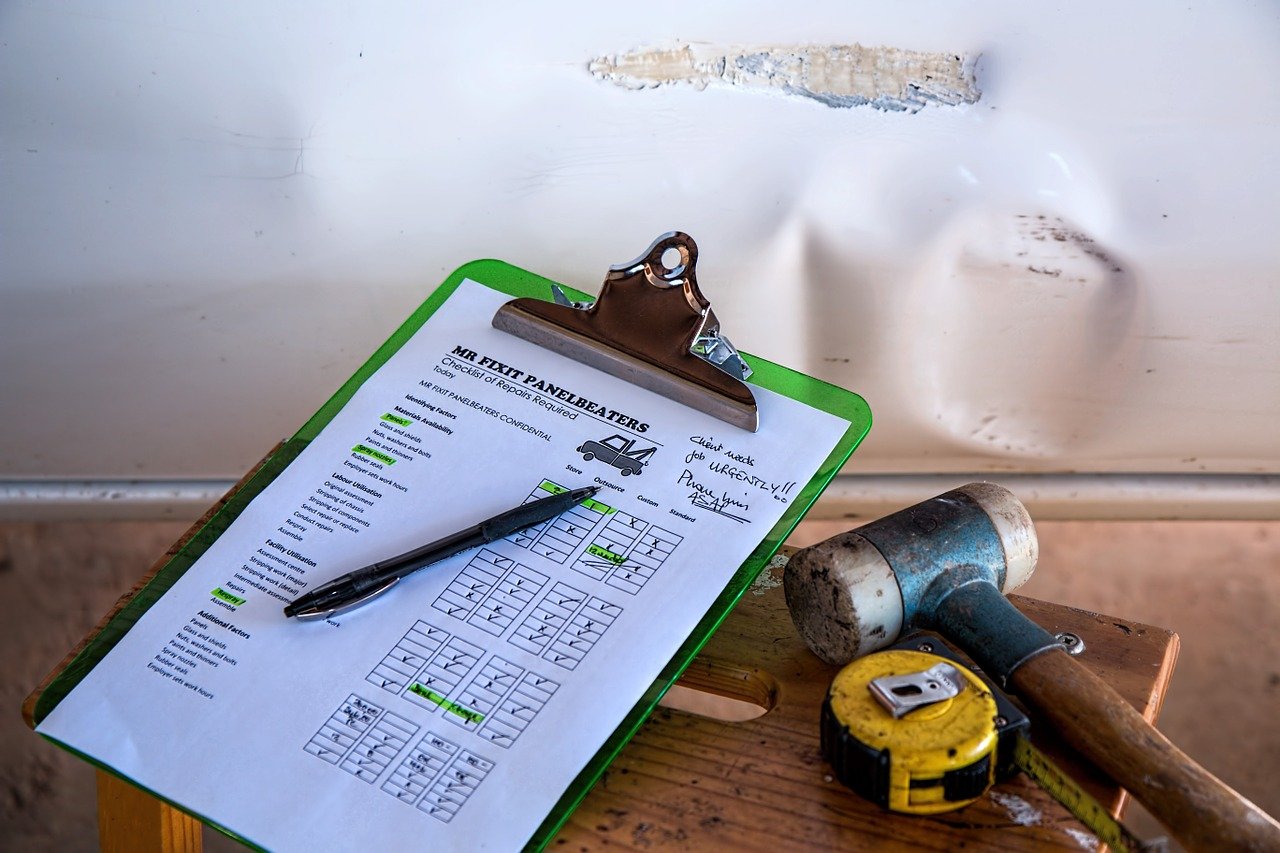 Since the 1990s, the California state pension fund (CalPERS) sold long-term care (LTC) policies to its residents. The lawsuit over claims related to those policies illustrates the dangers clients... Read More 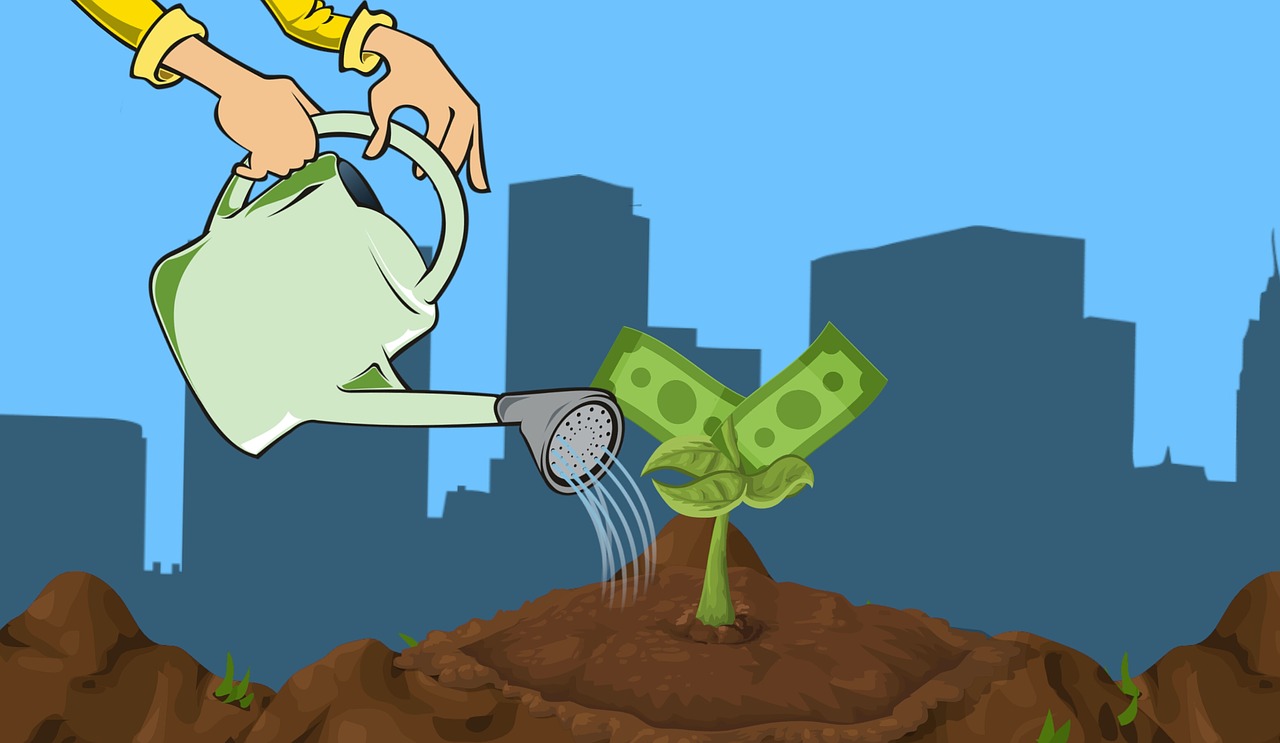 GDP and E&P Give Mixed Signals