According to a new report from research firm Towers Watson, major American employers (as represented by the Fortune 1000) are facing a huge, largely unfunded $285 billion dollar retiree medical liability as of 2013. Towers and Watson derived the data for their report from Securities and Exchange Commission financial disclosures as of December 31, 2013.

Of note, the total retiree medical liability for 2013 for the Fortune 1000 was $285 billion, down from $338 billion in 2012. The TW report noted that the decrease was primarily related to increases in discount rates.

Half of Fortune 1000 have retiree medical liability

“While total liability for retiree medical is in the billions — much of it unfunded — the undercurrent issue is that companies are exposing themselves to the risk of a variety of unknown variables with adverse consequences,” said Mitchell Cole, managing director of Towers Watson Retiree Insurance Services.

George Canellos, New York regional director of the SEC voiced his opinion against a bill that would make it easier for smaller companies to enter an IPO. Canellos believes... Read More 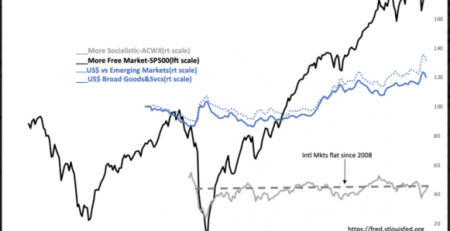 The Buffett Coke Debate; Interview With Fortune And Reuters

Buffett did a bunch of interviews last week, which we covered/posted on the website. Here are two more clips I just found. One is from Fortune (embedded below) and... Read More

Goldman Sachs Group, Inc. (NYSE:GS) is looking at delaying bonus payments to its UK workers up until April 6th, the date when UK's top rate tax will dip from... Read More