Private equity deal flow in the U.S. is heading downward. The latest data reflects the widespread perception in the industry that today’s high multiples will lead to stunted returns over the next five years. Investors have been willing to shoulder double-digit multiples over the past two years, justified by the need to spend money and the fact that PE as an asset class has become more specialized and focused after the crisis. While both justifications are valid, they mask the fact that their limited partners expect market-beating returns. In four or five years, firms will face an uphill battle in exiting their companies at substantially higher multiples than what they’re paying today.

There are exceptions. The middle and lower-middle-markets are healthy options for buyers seeking lower valuations, albeit at smaller check sizes. A number of niche industries are also ripe for investors that have become specialized and can take advantage of them: Healthcare service providers unreliant on government-subsidized reimbursements, niche professional service firms and “sticky” SaaS providers with high customer retention rates. By and large, those sub-sectors are seeing some of the highest valuations in their industries, but they’re also seeing the most explosive growth rates, as well. Investors know they’re paying more for their deals, but they’re figuring out ways to make them successful and profitable. But for now, those investors are the exception to the rule.

The most telling statistic in this report, graphed on page 12, is the current investments-to-exits ratio. Through the first half, firms made only 1.7 investments for every one exit, the smallest proportion in over a decade. The lion’s share of those exits were made via strategic sales, which are on a torrid pace in terms of value. Taking advantage of the M&A boom, which has been a wet blanket for PE firms on the buy side, over $160 billion worth of strategic sales were made by PE sponsors in 1H. Last year’s record of $166.7 billion exited should fall by the end of July. In fact, on a value basis, strategic sales may represent more exit value for PE firms by the end of the year than all exit value combined in 2014 ($264.4 billion).

U.S. PE deal flow continued its decline in 2Q on both count and value bases. 726 transactions were completed for a combined $105 billion, both low points for the industry since early 2013. Through 1H, 1,509 deals have been finalized totaling $215.9 billion, which puts 2015 on pace to be the softest year for private equity since 2012. Investors are expected to continue facing a tough environment for the rest of the year, which makes a slowdown almost inevitable.

Blockbuster buyouts have all but disappeared, as strategics have become the only feasible buyers in this frothy environment. The public markets are inflated, and today’s stock prices have ambitious growth expectations priced into them, presenting less opportunities for PE buyers to profit off of growing and struggling companies alike. Firms are also being stymied by competitive strategic acquirers, which can justify their higher bids because of synergistic opportunities and less reliance on financial engineering to achieve their ends. It’s not surprising, then, to see platform buyout activity continue its decline. Only 432 platform investments were done in 1H, including just 212 done in the second quarter. It’s unlikely that platform activity will recover in 2H 2015 as it did in 2H 2014, especially with expectations of the current M&A bonanza to continue through the rest of the year.

What is somewhat surprising is lower-than-expected add-on activity, which is falling by count even as it rises as a percentage of buyout activity. Add-ons have been trumpeted as a way for PE investors to circumnavigate high multiples and heated competition, as add-ons don’t attract many bidders and go for lower multiples. What’s more, we’ve heard several anecdotes of PE firms lining up acquisitive financing before approaching platform targets, which should be helping buoy deal flow until multiples come down. In any case, the 334 add-ons done in 2Q were the fewest since late 2013 and well off the 398 made in 4Q 2014. It may be that a lowering tide is sinking all boats, including the small ones. Growth/minority transactions are also down. 2Q recorded 138 such deals, down 33% from 3Q 2014’s recent high (206). It’s also the softest quarterly count since 3Q 2012.

Market observers have been keeping a worried eye on PE activity. 2014 was a hallmark year for the asset class, with its 3,572 deals eclipsing 2007 levels, at least by count. But the more relevant statistic, total value, was a far cry from pre-crisis days.  $548.7 billion of PE capital was invested last year versus $911.5 billion invested at its 2007 height.

Unless a wave of large deals hits the pipeline, 2015 is likely to settle around the $400-$450 billion mark, which would put this year in line with 2010-2012 levels. The data shows that investors are much pickier today than they were ten years ago, focusing more on specialization and being more cautious with their bets. 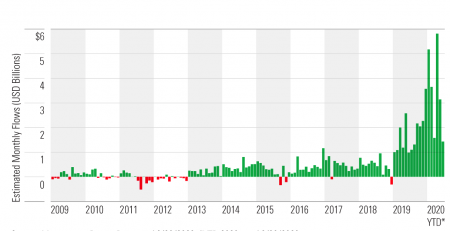 What the Growth of ESG Investing Means for Advisors

The combination of the slowdown in Chinese economy, the European debt crisis and plunge in oil prices could force markets to take a turn for the worse and could... Read More 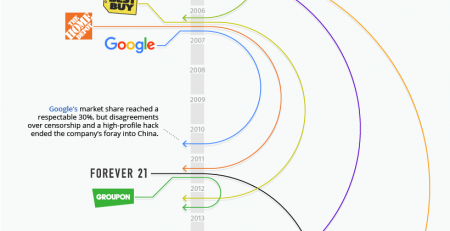 On April 14 when Bridgewater Associates was reported in ValueWalk saying that Petróleo Brasileiro SA (Petrobras) was a systematic risk to the country of Brazil itself, there were skeptics... Read More

Banks are a place where you store your cash, right? Not exactly. Q3 2019 hedge fund letters, conferences and more Goumbik / Pixabay When you deposit money in a checking or savings... Read More