As Trump Investigation Clouds, Clock Is Ticking On Legislative Agenda

With the history books potentially being re-written in the Trump investigation with obstruction of justice and a Trump impeachment a possibility, a report from Keefe, Bruyette & Woods says... Read More

According to statements filed in U.S. Bankruptcy Court in Dallas earlier this month, when executives at Japan-based Mt Gox, then the world’s largest Bitcoin exchange, discovered that “hundreds of thousands”... Read More

Elliott Management has enhanced its stake in F&C Asset Management with an 11% derivatives stake, according to a report from Financial Times. Elliott’s position worth about £80 million was acquired... Read More 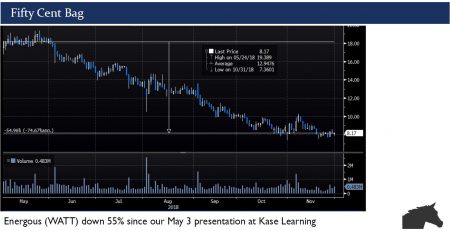 Yahoo! Inc. (NASDAQ:YHOO) is due to reveal its earnings for the second quarter of 2013 on Tuesday July 16 after the market closes. The market is optimistic given the... Read More

Pension Assets Up, But So, Too, Are Liabilities

With the aging of America comes increased pension fund liabilities, a topic which has been top of mind for fund managers. A recent Milliman study shows the double-edged sword... Read More