The View From Burgundy: Unforced Errors In Investing – Winning By Not Losing – ValueWalk Premium

The View From Burgundy: Unforced Errors In Investing – Winning By Not Losing

Before I became an investor, I was a tennis player. I played competitively as a junior and became pretty good at the game. It took me a long time to learn the lesson that, many more times than not, winning is the result of not losing. Neither striking great shots nor having a better game is a prerequisite to winning; making your opponent hit another shot is what really matters!

Wimbledon is the most prestigious Grand Slam tournament in tennis. I thought it would be fitting to illustrate this point by looking at what became known as . . .

Lee Cooperman has some fans these days... All the negative press surrounding risk parity this year has started to concern asset managers who currently use risk parity strategies to boost... Read More 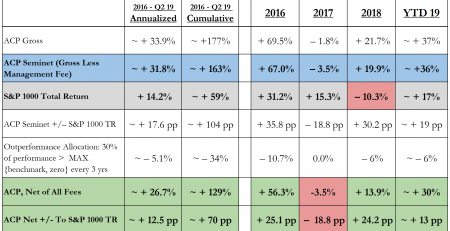 A drone operated by an Amazon.com, Inc. (NASDAQ:AMZN) employee that allegedly crashed into Seattle’s Space Needle is not a sign the online retailer’s well known drone program is going rogue,... Read More

If Warren Buffett Invested in Startups

If Warren Buffett Invested in Startups by Dani Forman Widely considered one of the most successful investors of all time, Warren Buffett attributes much of his success to his disciplined... Read More

Leading US defense research institute, DARPA, has a bullet that changes with its target Read More

Despite posting solid results for November, J.C. Penney Company, Inc. (NYSE:JCP) gets a Hold rating from Deutsche Bank AG (NYSE:DB) as its analysts doubt whether the retailer can improve... Read More

HSBC is down 1% today to 613p after CEO Stuart Gulliver announced major changes including shedding up to 50,000 jobs, shutting down operations in multiple countries, and reducing risk-weighted... Read More