Unicorns: Armageddon Will Have To Wait – ValueWalk Premium

Unicorns: Armageddon Will Have To Wait

Unicorns: Armageddon Will Have To Wait by Sven Weber, SharesPost Investment Management

Fidelity Investments recently marked down the valuations of some of the highest-flying unicorns in its portfolio. Not surprisingly, the news stoked the current narrative that the market for late-stage venture-backed companies is falling apart.

First, based on The Startup Stock Tracker data from The Wall Street Journal, the internal rate of return (IRR) for these investments in companies on this list-primarily unicorns-is a very respectable 17.5%.

How do you get to that number?

So as of March 31, 2016, the total performance of these investments is 1.4x the initial cost, and based on the reported initial investment date, a 17.5% annualized rate of return.

What investor wouldn’t be interested in this kind of performance?

Capital Is Not Drying Up

In fact, capital inflows in “mega rounds”-those financings of $100 million or more-were at an all-time high in the first quarter of 2016. As of March 31, early PitchBook data covering companies with U.S. locations shows that in 1Q 2016, about $8.8 billion was invested in these mega rounds across 23 companies. That's up from $6 billion in 21 companies in 4Q 2015.

In truth, Armageddon for this asset class will have to wait.

Sven Weber is managing director of SharesPost Investment Management in Menlo Park, California.This article represents the views of the author only and does not necessarily represent the views of PitchBook. 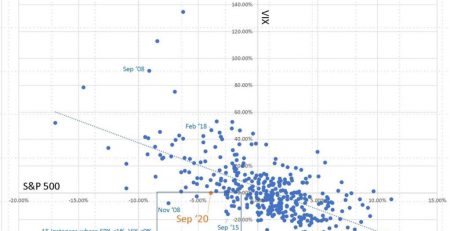 Absolute Return Partners: Pie in the Sky? “The only function of economic forecasting is to make astrology look respectable.” - John Kenneth Galbraith H/T ValueInvestingWorld And now for something completely different. You... Read More

Facebook Inc (NASDAQ:FB) has earned itself a buy recommendation from some of the world's leading investment banks (which also under-wrote the ipo); but some are still recommending a cautious... Read More