US Treasuries are the New 'Japanese Widow Maker' – ValueWalk Premium

The treasury market has been back and forth all year long so far.  First, we saw that huge rally that recently ended but it gave investors the belief that domestic policies were solid and Europe was stable.  As the months rolled by, we began to notice that domestically, conditions are soft here in the US and Europe is now on the brink and fighting for survival.  Pimco’s Bill Gross has been a Treasury bear for quite some time now and while it burned him in the second half of 2011, he thinks its a good idea again!

US Treasuries were typically considered a “safe haven” until the Fed’s QE programs, US debt rating cut and debt level rises.  These three events alone have done a considerable amount of damage to the integrity of the US Treasury bond.  US government bonds were supposed to be your back up, your safety net if the market turned sour.  Now yields are diving and it is no place for investors to be. What seemed like such an obvious short, turned out to be a great long. 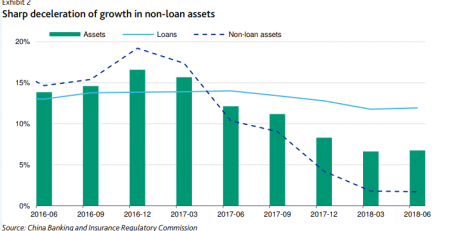 Chinese Banks Are Improving As Other Cracks Emerge In Financial System: Moody’s

The latest set of quarterly results from China's biggest banks, show an improvement across key metrics, but cracks are showing in other parts of the country's financial system. Get The... Read More

The SAVR Checklist for Analyzing Banks

Via Pope Brar Let’s Remove “The Black Box” “It’s a black box. Too much risk. I don’t understand banks”. These are the common statements one hears with the mention of a... Read More

A major real estate project backed by the famous value hedge fund Baupost Group appears to be moving ahead with an anticipated profit of over £30 pounds ($50.32 million). Sales efforts to... Read More

David Rosenberg: "The Rodney Dangerfield Expansion" by Stephen B. Blumenthal, CMG Capital Management “Earnings don’t move the overall market; it’s the Federal Reserve board.  And whatever you do, focus on... Read More

Connecting The Dots: A Half Dozen 2016 Stock Market Poisons by Tony Sagami Most of the “adults” on Wall Street are on vacation this week, and trading volume shrivels up... Read More

The results of ValueWalk’s value screen for the week of 10/19/2015. Using data provided by Winvestor, the business analysis and stock valuation website; we’ve put together a proprietary value screen... Read More

If you want to have virtual, free and zero-calorie bagels, a brand new shop opened on Facebook that might have just the thing you have been craving for. BBC... Read More