Notes from UTIMCO Board of Directors 20th Anniversary Event. Created in March 1996, UTIMCO is the first external investment corporation formed by a public university system and oversees investments for The University of Texas and Texas A&M Systems. You can find the UTIMCO meeting audio stream here.

Aswath Damodaran: The Trade Off On Debt

Last month, we had Wal-Mart (WMT) announcing its quarterly results. The results were fine, and it does seem like the company is becoming a formidable competitor to Amazon. Q4 hedge... Read More 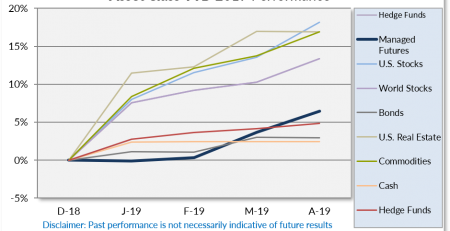 What do you get for 4 straight months of positive performance and an annualized rate of return of nearly 15%. Nearly run out of town, it turns out, with... Read More

In this class, we started our discussion of the financing question by drawing the line between debt and equity: fixed versus residual claims, no control versus control, and then... Read More