According to Preqin, for over a decade since the dot-com crash, the venture capital industry has experienced largely lacklustre returns which have led to tough fundraising conditions for all but a select group of top-tier managers. More recently, however, there have been encouraging signs across the industry, with returns significantly improving and fundraising picking up, particularly as market conditions become more favourable.

“The Achilles Heel for venture capital funds since the turn of the millennium has, of course, been performance. Returns have generally been lagging well behind other private equity strategies, but despite this, many investors have stuck with VC. The main argument for this has been that while the average performance has been disappointing, the returns of the best funds have been excellent. If investors can identify and get into these funds, they have been able to do well.

In recent years, however, there has been a notable pickup in the fundraising market, coupled with a strong deals and exit environment. There has also been a marked improvement in venture capital fund returns, so much so that the industry is the best-performing strategy over one year to March 2014, and on par with the ‘All PE’ benchmark over three years. The turnaround in venture capital fortunes is both welcome and highly significant for the industry, and especially for investors looking for investment opportunities going forward.”

Bove – Hensarling Banking Idea Could Cause A Depression

Dick Bove is sometimes said to be pro big banks (to put it in short - and we are not taking a position on him or his proposals other... Read More

Hedge Funds Possibly Better At Shorting Than Other Investors – Study

A First Glimpse Into The Short Side Of Hedge Funds Jaewon Choi, Neil D. Pearson, and Shastri Sandy June 22, 2016 Abstract We provide direct evidence about the profitability of hedge fund short... Read More 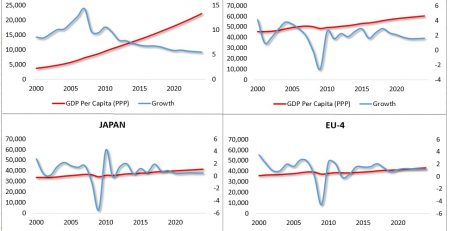 Despite US tariff wars, Chinese economic prospects remain in line with 2019 expectations and are likely to prevail in 2020, due to deleveraging and structural reforms. Q3 2019 hedge... Read More