Over the years, there have been multiple studies that show dramatic operational performance improvements at companies in the first few years after a spin-off. There are many theories for trend, but it likely comes down to a combination of; management being directly able to direct capital allocation, more focused and more rapid operational decision making, directly tying equity compensation to the actions of management and the desire for management to make their own mark on things without someone else above them having a say. At the same time, studies continue to show that new spin-offs tend to out-perform from a share price perspective. Naturally, this is tied to the increased operational performance, but it is also tied to the nature of most spin-offs; where new shares are distributed with minimal fanfare, to shareholders who don’t understand the shares they’re given, along with forced institutional selling, which often leads to an attractive entry price early on.

Over the years, I’ve closely followed spin-offs, but due to all the positive attributes associated with spins, the vast majority have underwhelmed from a share-price perspective lately. This is mostly due to the large number of investors who now follow spins, hoping to take advantage of these positive attributes. While pricing remains less attractive in the US, overseas markets still present good opportunities. In 2017, I had a very attractive 29% return in 6 months on NZM AU. A similar and much more attractive set-up has now occurred in Viemed (VMD CN).

Viemed is a Lafayatte, Lousiana based provider of non-invasive (NIV) home respiratory health care. The company currently has operations in 24 states serving approximately 12,000 patients. It was founded in 2006 and has grown from zero to $47 million in 2017 revenue, through a combination of increased service lines and continued growth in patients—all organic growth.

Viemed’s main business line involves treatment of Chronic Obstructive Pulmonary Disease (COPD) through the distribution of respiratory equipment in conjunction with continued monitoring of this equipment in a home setting. By treating patients at the home, instead of at the hospital, it leads to substantial savings for Medicare and various insurance companies. It also means that the patient can stay at home and receive treatment—as opposed to having to be moved around, leading to better patient outcomes.

The company has grown very rapidly (frequently 10-15% sequentially each quarter). While VMD is going to continue adding new states to its network, it is just as focused on adding additional patients into states where it already has a presence—which should increase patient to respiratory therapist ratios, and margins. Based on internal metrics, of a total addressable market of over 1 million seniors, only 5% are receiving appropriate NIV care—leading to a huge runway that only grows as boomers age.

For a bit of back-story, this was a private business that was acquired by Patient Home Monitoring (PHM CN) in 2015 as part of a leveraged roll-up strategy. Almost immediately, the management team at PHM got caught up in some unsavory behavior and left PHM, leaving the management of VMD to run their own business and getting forced to run the much larger business that they were suddenly a part of. The management team of VMD realized that they had made a mistake and they started the almost 2-year process of spinning themselves off, in order to free VMD from the sinking ship of PHM. Hence, VMD became a public company with no fan-fare and a core shareholder base who doesn’t know what they own and tend to distrust anything related to PHM. It doesn’t help current valuations that this is a 100% US based and US Dollar reporting company, with shares traded in Canada and valued in Canadian Dollars, which is obscuring the low current valuation.

While 2017 numbers are not complete, based on guidance for 46.75 million in revenue and a 25.5% EBITDA margin (both midpoints of the range), I come to $11.9 million of EBITDA. I then subtract 2.4 million in depreciation and $300k of interest expense to arrive at 9.2 million of pre-tax income. At a 21% pro-forma tax rate, that gives you $7.3 million of net income. Based on 37.9 million shares and a market price of CDN 2.50, I get to a market cap of CDN $94.75 million or USD $75.8 million based on a .80 FX rate. That means the shares today trade at approximately 10 times net income. Cheap, but not screaming at you—however, I think you need to still add back a million or so in one-time spin expenses and whatnot, which gets you to a PE in the 8’s. Keep in mind that in the first 9 months of the year, VMD had $10.8 million in cash flow from operations and was spun out with a net cash balance sheet.

I’m much more interested in what 2018 looks like. Based on current revenue growth rates, I don’t see why they cannot do $65 million in revenue at a 28% EBITDA margin—to account for reduced spin expenses, better absorption of fixed SG&A and better patient density in existing markets. That would lead to $18.2 million in EBITDA, from which you would deduct about $3 million in depreciation. There would likely be no interest expense going forward as debt is paid down, hence $15.2 million in pre-tax income and $12 million in after tax income. Therefore, you’re paying about 6 times current year earnings. Even then, due to accelerated equipment expensing, the company is not expected to be a cash tax payer, which lets them hold onto capital for increased future growth, so actual cash flow multiples will be even lower. I have to think that a business which can earn $12 million on about $21 million of net capital (32.7m of assets – 11.7m of liabilities) is a pretty damn good ROIC business. Should it trade for 6 times when it’s growing so rapidly? At 20 times earnings, which is in-line with other medical service companies that are growing a good deal slower, the shares would sport a CDN $8 share price, or 3 times higher than today’s price. From there, there’s likely continued growth upside for many years into the future.

The key risk here is that the US government once again changes the Medicare reimbursement rates.  When this happened in 2015, it led to a decline in revenue and a few quarters of losses until VMD out-grew the new reimbursement rates. Medicare could always change the reimbursement rates arbitrarily. Outside of this, the company has a number of regional competitors, but VMD is the only national player to both distribute equipment and service the equipment for patients. It also seems to be gaining market share.

There was a conference call to introduce the Viemed on February 22 and I recommend that anyone interested in the company should listen to that call for more information.

Disclosure: Funds that I manage are long s

What Being Wrong Can Teach Us About Being Right (Michael Mauboussin) Published on Jun 29, 2016 No one is right all the time, but one can learn to be wrong less... Read More

Michael Mauboussin On Contrarian Investing: The Psychology of Going Against the Crowd

European stocks climbed to a new record at the beginning of last month, marking their latest advance in a QE fueled rally that’s been taking place since 2009. The Stoxx... Read More

Howard Marks: The 'Uncomfortably Idiosyncratic' Billionaire by William Green, Obeserver Get The Full Walter Schloss Series in PDF Get the entire 10-part series on Walter Schloss in PDF. Save it to... Read More 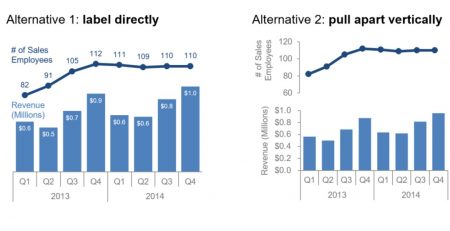 The US Jobs (Jumpstart Our Business Startups) Act has been under severe criticism, ever since the bill was passed in April. The Act was aimed at encouraging innovation, growth, and jobs,... Read More