In a Wednesday morning interview with CNBC, renowned business mogul, Warren Buffett, shared deep insight on various aspects of both the American and the global economy, touching on the home construction and banking sectors, among other areas.

Referencing recent results at companies in his Berkshire Hathaway Inc. (NYSE:BRK.A) (NYSE:BRK.B) conglomerate, Buffett noted that there was a notable slowdown in the global economy. Nevertheless, the 82 year old investor noted the U.S. was doing considerably better than Europe and Asia.

Warren Buffett was keen to note the U.S. home construction sector had picked up considerably. In light of this improvement, Buffett believes that Berkshire Hathaway Inc. (NYSE:BRK.A) (NYSE:BRK.B) business units that are tied to the housing sector will perform well. He also has high expectations for his company’s carpet business, Shaw. He believes that Shaw’s bottom-line will double this year. A bullish Buffett also believes that the company’s manufactured housing unit Clayton Homes will record a 15 percent increase in the number of units built. This bullish outlook on key units in Buffett’s conglomerate merits the likely employment of 8000 workers towards the end of the year, adding to the 270,000 workers that were employed at the onset of the year.

Another notable highlight in the interview is Buffett’s take on the return of U.S. banks. While he remarks that banking is still a good business, he maintains that banks will not be able to rebound back to the level that they were before the dreaded financial crisis; citing new regulations that limit on the degree of leveraging. In the same breath, Buffett purchased additional shares of Wells Fargo & Company (NYSE:WFC). Berkshire Hathaway Inc. (NYSE:BRK.A) (NYSE:BRK.B) already has a large stake in the bank.

‘Salivating for an acquisition’

One key highlight in the interview was his thirst for an acquisition. Warren Buffett, who is known for being a legendary value investor, revealed the prospects of acquiring another large company were thickening. Without revealing crucial details, he noted that he had been approached Tuesday night about a $6 billion company that he was already familiar with. Buffett also noted that he would follow up on the $6 billion company in coming days.

In a move that has become very typical of Warren Buffett, the investor once again gave Fed Chairman Ben Bernanke a pat on the back. “He has done an absolutely superb job,” he said. While Buffett was keen not to delve too much into the political scene, he remarked that the forthcoming elections boiled down to the candidate who had the better ground game.

Volatility And The Allegory Of The Prisoner's Dilemma: False Peace, Moral Hazard, and Shadow Convexity Dorothy Thompson once said “peace is not the absence of conflict”. Never forget there is... Read More 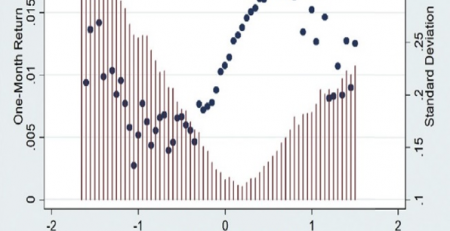 Enhancing The Performance Of Momentum Strategies

In “Your Complete Guide to Factor-Based Investing,” Andy Berkin and I presented the evidence demonstrating that momentum, both cross-sectional (or relative) momentum and time-series (or absolute, trend following) momentum,... Read More

SAC Capital is not dead and it does not want people to think that it is and all the plans (wishes) to become a family office are also baseless.... Read More

Fireside Markets: The Future Of Financial Services With Josh Brown

CORPORATE GOVERNANCE – USA & EUROPE The term Corporate Governance relates to the manner in which an organization should be governed or managed. The concept is more relevant in the... Read More