We Aren’t All Skinny Nor Financially Independent – ValueWalk Premium

The moment you realize that you do not have enough

The other night I was having dinner with a friend, the subject turned to her mother. My friend told me of their recent conversation about her mom’s finances. Her mother was nearly 65 and had divorced more than a decade prior. Over that time, she had continued to work. What made her conversation with her mom unusual was that they rarely talked about money. You could say it was a “taboo” subject.

But this conversation was different; they dug into her mother’s financial situation. The news was shocking. It turns out her mother had only US$35,000 in her retirement account. An impossible amount to retire on. Unfortunately, this story is playing out all around the world every day. Most seniors do not have enough money to retire without the support of their friends, family, and government.

Most people will never have enough money to retire on

Another worrying survey by Northwest Mutual shows that nearly half the working population of the US think that Social Security will not be able to provide for them. The reality is that most people will have a miserable retirement fraught with worries about money.

It doesn’t have to be this way

Contrast my friend’s mother’s story to the story of my parents. Somehow at the time that my father passed away, my 80-year-old mother had enough money to be financially independent for the rest of her life. They achieved this result even though our family was not rich. We were lucky to be at the upper end of middle-class, but we were not rich. Also, for their whole marriage, my mother was a housewife; we were always a one-earner family.

How did my mom and dad do it? When I asked my mom that question, she said, “we saved, and we followed the financial advice that your dad’s employer, DuPont, gave us in the early years. In the later years, we found a financial advisor who put our interest first and helped us to grow that money.”

Those who know me know my eldest sister passed away just before she turned 40. She left three beautiful daughters and a devoted husband. My other sister Sharron has two daughters, so I am the proud uncle of what has now become five impressive women.

Years ago, when each of the girls graduated from high school, I gave them each US$3,000 and helped them open an investment account. Then I set about teaching them how to invest on their own. My goal was to take everything I learned from studying, teaching, and working in finance to help them become financially independent.

The truth is that becoming financially independent can be summed up as, regularly investing in a broad-based stock market fund and never selling it. It’s nothing fancy. My nieces understood that well, and it was my expectation by the time they reached 30 they would already have at least US$100,000 of investment value in their investment accounts. That would be almost three times what the average 60-year-old has upon retiring!

I failed – I learned that knowledge is not enough

The bad news was, I failed. Today, as the girls are approaching 30-years-old, they are nowhere near where I wanted them to be. From my talks with them, I realized my failure. I underestimated how much help they needed. I thought just setting everything up and telling them to invest regularly would have been enough. But instead, it got confusing for them.

From this experience, I learned that knowledge is not enough. Think of all the books about losing weight. The knowledge is there. So are we all skinny?

I don’t want to fail anymore

I started the Build Your Wealth Mentorship Group to solve this problem. In this group, I teach all the material that a beginner needs to know about investing. My goal is to help beginners to get over all the challenges and start investing on their own. My ultimate goal is to help people set a plan to become financially independent (and have a great retirement).

I do this by coaching people through the confusion so that they can start investing and build their wealth. The mentorship program teaches the materials I covered in my book and more. But more important than knowledge, it provides coaching to help members get over the confusion. To be clear, I do not act as a financial advisor in this group; rather I am an educator and coach who helps you learn to take the right action on your own.

I am opening the third intake of this program for the next few weeks and until April 30th, 2019 I offer a US$50 discount.

To save US$50, use this coupon code in step 2 at checkout: bywmg-group3-April

If you know someone who would benefit, please share this post with them and encourage them to learn more. 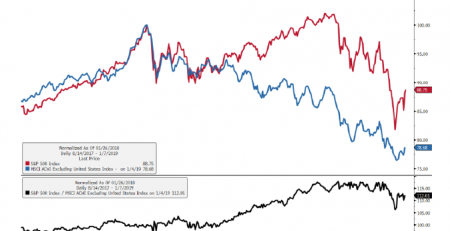 Jeffrey Gundlach said that 2019 will mark the start of a period when bond markets must recon with the rising federal deficit. In his most passionate comments ever on... Read More 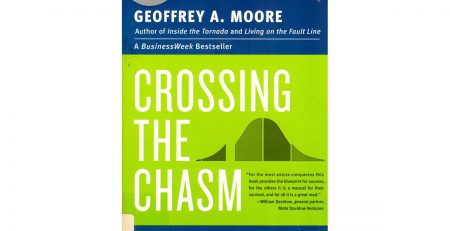