Range Resources (RRC) is a domestic producer of natural gas and natural gas liquids (NGLs) based in Fort Worth, Texas. Range is the 14th largest natural gas producer in the continental United States, with average daily production of approximately 1.3 billion cubic feet of gas equivalent (BCFE). The company drilled its first discovery well in southwest Pennsylvania just over 10 years ago, discovering what is today North America’s most prolific natural gas field – the Marcellus shale. Range controls roughly 1.6 million acres in the Appalachian basin which include both the northeast and southwest portions of the Marcellus as well as the Upper Devonian and Utica shales in southwestern PA.

Why own any Commodity Business?

This is a thoughtful question, and one we often ask ourselves. Our answer in the vast majority of cases is “don’t bother.” However, we believe there are unique windows of opportunity to take advantage of volatility, whether with the commodity itself, producers’ stocks, or both. In energy in particular, we are often struck by the sharp difference in investment horizon between those we share meetings with on field trips and at industry conferences (6-9 months, in some cases even shorter) and our own (3-5 years). While this is often the case, it is perhaps most acute in energy. Our goal, in all sectors of the market, is to take advantage of volatility and inefficiencies that result in temporary mispricing. Crude oil, natural gas and NGLs have all suffered material declines in price over the past 9 months. With uncertainty around near-term price levels, the timing and ultimate pace of recovery, and where mid-cycle prices will settle for all three fuels, we believe portions of the public energy market are rife with opportunity for investors with a multi-year time horizon.

When analyzing energy producers, there are several structural questions we must answer before putting shareholder capital at risk:

1) Are the target company’s assets advantaged – do they sit at or near the low end of the industry cost curve and are they likely to stay there?
2) What does the company’s reinvestment runway look like? How much visibility do we have into where our capital will be going over the next 3, 5 and 10 years?
3) Do we know and understand the company’s capital structure and capital needs over our investment horizon?
4) Is management focused on debt-adjusted per share growth?
5) Do we have upside optionality with the commodity (is it trading below our notion of marginal cost)?

The answers to the first four questions eliminate the majority of exploration and production (E&P) businesses from consideration. The final question helps us frame risk in an inherently cyclical industry. At roughly $55/share, Range Resources looks particularly attractive through this lens.

As with any commodity business, a low cost position is both critical for survival and necessary if one hopes to earn better than average returns over time. Range’s cost position among North American natural gas and NGL producers is very attractive, owing largely to the quality of its leasehold acreage in the Marcellus. Range has driven overall production and cash operating costs down by 43% and 53% per thousand cubic feet of gas equivalent (MCFE), respectively, since 2008. We expect additional cost reductions in the coming years as the company continues to gain scale, enabling Range to generate top decile cash margins at or above $2.50/MCFE in all but the most dire price environments.

With the advent of unconventional production methods (i.e. fracking) in the U.S. and the repeatable nature of shale development, “resource potential” has become an important consideration for investors. It is effectively a company’s estimate of the reserves it has an opportunity to capitalize on in the future, including those beyond the five-year window the SEC allows for public reporting. Range estimates its resource potential to be somewhere between 66 and 87 trillion cubic feet of gas equivalent (TCFE), excluding the 400,000 acres it controls in the emerging Utica formation. For context, if all of these hydrocarbons were to become a reality, the company would be able to grow its current production base at a mid-teens compounded annual rate for the next 15-20 years. In short, we know where our capital is going to be reinvested well beyond five years from now.

Having significant resource potential is great, but the quality of a company’s future runway is paramount. Per Credit Suisse, Range’s Marcellus “liquids rich” wells earn among the very highest returns available to a domestic E&P investor (35-40%) assuming West Texas Intermediate (WTI) oil prices stay at or below $70 going forward and domestic natural gas prices don’t reach $4.00/mcfe until 2018. In higher price environments, Range’s returns look even more compelling. As the company’s capital efficiency continues to improve via more optimal completions and greater penetration of pad drilling, we believe Range should sustain if not enhance its return profile over time. In addition, Range has consistently lowered the cost of replacing its existing reserves to industry-best levels ($0.54/MCFE), which allows the company to allocate more of its cash flow toward generating future growth.

Appalachian basin natural gas and NGL producers have fallen sharply out of favor with investors over the past several quarters, in many ways becoming victims of their own success. As supply has swelled in the northeast, transportation infrastructure has been unable to keep pace. A milder 2014/2015 winter season further exacerbated regional oversupply, driving gas and NGL prices materially lower. We see the beginnings of a more constructive backdrop emerging, however, especially for northeast producers like RRC. New regional pipeline capacity should begin to allow lower-cost Marcellus gas to displace declining higher-cost legacy gas production across a broad swath of the Midwest and Southeast. As well, the drop in crude oil prices and resulting decrease in oil-focused drilling activity should also lead to a decline in “associated gas” production beginning this fall. Long-awaited demand growth from LNG exports, Mexican exports, coal plant retirements and new industrial plants should begin this year and increase each year between now and 2019. A more balanced supply-demand picture should lead prices back toward our ~$4 marginal cost framework.

We believe the combination of rising per share production and reserves, higher natural gas and NGL prices, and improved cash flow and earnings will continue to drive Range’s valuation higher over the coming years. Successful delineation of the company’s Utica acreage over the next 12 months provides additional potential optionality. Any rebound in investor sentiment, which we believe is likely, only further enhances the stock’s present appeal. Our $100-105 base case intrinsic value estimate represents a blend of our internal net asset value scenarios and what we believe is a reasonable multiple of Range’s normalized cash flow in 2017 discounted back to today. We believe shares of Range Resources offer a compelling risk-reward to the patient investor.

Dave Perkins, CFA, Co-Portfolio Manager of Value and Research Funds, Research Analyst, joined Weitz in January 2004. He graduated from Taylor University in Upland, IN and previously spent three years as an equity analyst with McCarthy Group Asset Management. Dave has been a CFA charterholder since 2009.

Investors should consider carefully the investment objectives, risks, and charges and expenses of the Fund before investing. The Fund’s Prospectus contains this and other information about the Fund and should be read carefully before investing. Portfolio composition is subject to change at any time and references to specific securities, industries, and sectors referenced in this letter are not recommendations to purchase or sell any particular security. Current and future portfolio holdings are subject to risk. See the Schedule of Investments included in the Fund’s quarterly report for the percent of assets of the Fund invested in particular industries or sectors. 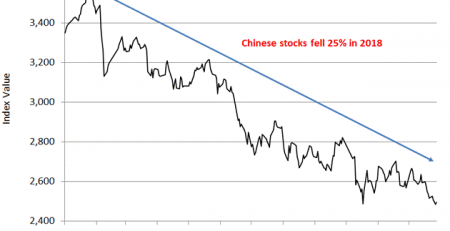 The US v. China trade war is heating up. Q1 hedge fund letters, conference, scoops etc Until recently, the nations appeared to be making progress. That was until President Trump raised tariffs... Read More

Oil Patch Bankruptcies Bankruptcies in the North American oil patch have surged during the past two years. Companies who wrongly assumed that the price of oil would remain above $100... Read More

Examining The Roles Of Hedge Funds As Substitutes And Diversifiers In An Investor Portfolio by AIMA and the CAIA Association Introduction It is time to think about hedge funds in a... Read More

If you’ve worked in investing for a while, or even if you’re a private investor, I’m sure you will have come across the term Arbitrage. It comes from the... Read More