Since inception 16¾ years ago, theWestport Select Cap Fund has outperformed the Index by more than 3% points a year, with an annual average return of 10.14% to 7.06%, respectively.

A major factor in the Fund’s outperformance this quarter was the fact that the majority of the Fund’s holdings, sixteen of twenty-four, outperformed the Index.

On the downside, the eight holdings that underperformed the Index in total subtracted 398 basis points from results. The largest losses were incurred by FEI Company, down 17% and costing 122 basis points and Rogers Corp., also down 17% and impacting by 76 basis points.

Moving to results for the nine month period, the 575 basis point outperformance was largely generated by four positions. Once again Universal Health Services, Inc., our largest position, was the major contributor, up over 28%, adding 196 basis points. Close behind was United Rentals, Inc. which was up 43%, contributing 170 basis points. The other two important contributors were Big Lots, Inc., up 33% and adding 87 basis points, and DeVry Education Group, Inc., up over 20%, contributing 85 basis points. On the negative side, 12 positions underperformed the Index, costing in total 390 basis points. Importantly, because several of these holdings are small positions in the portfolio, their total impact to performance was in fact less than the 441 basis point decline in the Index. The largest negative contribution of 75 basis points came from a 12% decline in Precision Castparts Corp. Only two other holdings cost the Fund more than 50 basis points, FEI Company declined 136% with a 57 basis point negative impact and IPG Photonics Corp. fell 11%, subtracting 56 basis points. During the first nine months of the year one position, CACI International, Inc., was eliminated and two new holdings, Yadkin Financial Corp. and Zebra Technologies Corp., were added. There was no merger or acquisition activity so far this year.

The views expressed and any forward-looking statements are as of the date of the publication and are those of the portfolio managers and/or the Advisor. Future events or results may vary significantly from those expressed and are subject to change at any time in response to changing circumstances and industry developments.

iii Basis Point is a unit that is equal to 1/100th of 1% and is used to denote the change in a financial instrument. 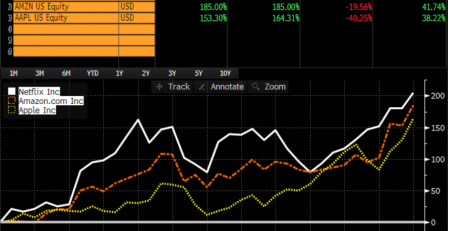 Dear fellow investors, Q2 2020 hedge fund letters, conferences and more In the business of common stock portfolio management, most of your time is spent practicing your own specific discipline. However,... Read More

Paulson funds swung negative in 2011 recording double digit losses in every fund strategy. The management must have picked right assets, mostly, but it was wrong about the market... Read More