What Happens When Neither Monetary Policy Nor Macroprudential Regulation Works

Karen Shaw Petrou memorandum to  Federal Financial Analytics clients on what happens when neither monetary policy nor macroprudential regulation works.

As our client alert indicated yesterday, the FSB is out with its 2014 shadow-banking tally: $36 trillion of which $14.2 trillion is right here at home. Those are some big numbers, but they actually under-count the transformation of financial markets since 2008 because the radical realignment of payment, settlement, and clearing since then doesn’t figure into this reckoning. Although every CEO knows how dramatically his or her challenges have changed over the past seven years, the FRB this week acknowledged that it’s flat-out flummoxed. As a result, it’s commissioned lots of impressive research, but I don’t think there’s a lot of time left for still more doctoral dissertations. A talk I gave earlier today laid out why I think this structural transformation sows the seeds of the next systemic crisis. By the time the FRB finishes reading all of the papers on what might be up, it will have to commission a new round on why it went so badly wrong.

An FRB conference this week looked at the critical question of why monetary policy is no longer zipping through the U.S. financial system as once it did to work the FOMC’s will. Chair Yellen’s opening comments urged the group to consider whether changes to the way financial services now are intermediated might have a bit to do with this, but she also emphasized that the conference is a research – not policy – deliberation. In short, think hard, but don’t wait up for policy intervention.

The monetary-policy conference isn’t the only recent one contemplating the FRB’s complex challenges. Last month, the Federal Reserve Bank of Boston convened a similar session on macroprudential policy, pondering whether it is fit for the purpose given the radical redesign of the financial market since the crisis. Although also just a research conference, one paper presented by the Federal Reserve itself laid bare the depth of the Board’s dilemma: looking at the biggest banks under acute stress, macroprudential regulation doesn’t work because banks are no longer the key transmitters of liquidity, interest rates, and credit – the same problem undermining monetary policy.

This leaves us with the stunning conclusion: the FRB knows that neither monetary policy nor macroprudential regulation is likely to work when needed to enhance employment, control inflation, and ensure financial stability.

One major reason why the U.S. financial market has changed, as the FRB acknowledges at least behind closed doors, is the distortions wrought by its own accommodative policies. It is hoped, therefore, that rate normalization will also right the market’s balance, tilt it back at least in good measure to banks, and thus give the FRB a fighting chance.

However, as my talk lays out, I doubt normalized rates will make much of a difference because markets can’t wait. By the time we see long-term Treasuries topping five percent, a lot of sunk costs will be embedded in new-style financial institutions and a lot of lost capacity will have been drained from U.S. banks. Rates are one reason for this, but rules are an even more potent force. Rates apply equally across the financial market – just like the ability to innovate, it is essentially a meteorological market driver across the spectrum of like-kind firms. Rules, though, are anything but like-kind for like-kind activities.

Just as the FRB recognizes in its august inner sanctum that rates drive market structure, so it has come to understand that rules dictate competitive firepower. Even so, it stands by them all and, as the latest TLAC proposal demonstrates, demands still more stringent ones for the very largest U.S. banks. Maybe each of these rules is right, but can all of them work when considered altogether? And, even if they could work without unintended consequences for banks, can this also be true for market integrity and stability since they now depend at least as much on non-banks?

Last week, Chair Yellen told Congress that, in essence, the FRB was too busy right now to undertake a cumulative-impact analysis of all its rules. It will finish the rulebook for big banks before dealing directly with whether it adversely affects market liquidity or poses any of the other risks analysts such as we here have posited in our own cumulative-impact assessments. In my talk, I’ve updated a few of these for several key rules and remain as worried as before about unintended consequences that could well sow the seeds of the next systemic crisis.

What to do? One would hope the FRB will quickly read the bucket-loads of terrific papers it amassed at the monetary-policy and macroprudential conferences and quickly turn from them to policy analytics. I fear, though, that we will hope in vain for the FRB to undertake this on its own unless market developments force its hand – a time when, of course, it will be too late. I know everyone – the FRB included – is exhausted from the incremental burden of reading rules, complying with them, and dealing with all the unfinished enforcement business. However, markets have a way of moving faster than we might like, teaching hard lessons to those who lag behind structural change and emerging risk.

Remember Fannie and Freddie? They were giant non-banks exempt from most prudential rules backed with what turned out to be a disastrous implicit guarantee of taxpayer support. The bigger the non-bank financial market grows – and $14.2 trillion-plus is pretty darn big – the more we repeat the Fannie/Freddie risk cycle – building big companies that overwhelm regulated competitors and become so key to market function that, when the inevitable befalls them, we bail them out. Knowing its peril, the FRB is already contemplating a role for itself as a “market-maker of last resort.” What a perverse result of post-crisis reform – big banks hobbled into shadows of their formally systemic selves cowering below the newest class of non-bank behemoths and their de facto TBTF guarantee. 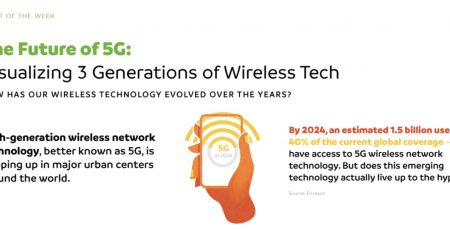 Wireless technology has evolved rapidly since the turn of the century. From voice-only 2G capabilities and internet-enabled 3G, today’s ecosystem of wireless activity is founded on the reliable connection... Read More

David Swartz is a financial analyst at Pacific West Land, LLC. Founded in 1981, PWL is a Seattle-based real estate investment firm with more than $100 million in assets... Read More

CTA Launches Fall To Lowest Level Since 2006 by Preqin Underwhelming performance in 2015 and high investor dissatisfaction reduce inflows and demand for CTA funds. Having recorded returns of +10.85% in... Read More

The 4 Keys To Intergenerational Wealth Compounding