What Is An Index? – ValueWalk Premium

Technological advances in telecommunications, securities exchanges, and algorithmic trading have facilitated a host of new investment products that resemble theme-based passive indexes but which depart from traditional market-cap-weighted portfolios. I propose broadening the definition of an index using a functional perspective — any portfolio strategy that satisfies three properties should be considered an index: (1) it is completely transparent; (2) it is investable; and (3) it is systematic, i.e., it is entirely rules-based and contains no judgment or unique investment skill. Portfolios satisfying these properties that are not market-cap-weighted are given a new name: “dynamic indexes.” This functional definition widens the universe of possibilities and, most importantly, decouples risk management from alpha generation. Passive strategies can and should be actively risk managed, and I provide a simple example of how this can be achieved. Dynamic indexes also create new challenges of which the most significant is backtest bias, and I conclude with a proposal for managing this risk.

What Is An Index? – Introduction

The standard definition of a financial index such as the Standard & Poor’s (S&P) 500 is a market-capitalization-weighted average of a specific and relatively static list of securities. The financial index was first devised in the late nineteenth century as numerical shorthand for market activity. Today, indexes serve many purposes. In addition to their original function of information compression, indexes act as indicators of time-varying risk versus reward, and as a benchmark for performance evaluation, attribution, and enhancements. And since the advent of the Capital Asset Pricing Model (CAPM), indexes have been used to construct passive investment vehicles and as building blocks for portfolio management.

However, recent technological advances in computing, trading, trade processing, telecommunications, and derivative securities have greatly increased the scope of financial products and services that are possible, including new forms of indexes that have little resemblance to a static market-cap-weighted portfolio. In this paper, I revisit the notion of an index in light of these new possibilities and propose a new perspective in which a broader definition offers many advantages but also some potential pitfalls.

Charles H. Dow published the first market index in the era of the telegraph, when markets moved unbelievably slowly by modern standards, and a simple average of stock prices was enough to communicate important information about the health of a market. But thanks to Moore’s Law, technology has advanced exponentially since Dow’s time, which has important implications for what we mean by an index. For example, consider the MSCI World index, a market-cap-weighted average of over 1,600 stocks from what are sometimes called the “developed markets,” founded in 1969. Why does this index take this specific form? Market-cap weighting emerged largely because of older technological limits on trading and portfolio construction. It implies a buy-and-hold portfolio that does not
need to be rebalanced except when securities enter or leave the index list. It is a very specific and limiting way of constructing an index, an artifact of its financial and technological era.

Technology and the information revolution have changed so much of our daily lives that it should not be surprising that it has also changed the way we think about saving and investing. Modern trading technology opens up a whole new spectrum of possibilities for defining indexes and creating financial products around them. Some examples are: target-date and life-cycle funds, which change their asset allocation characteristics as they approach their target dates; hedge-fund replication strategies, which replicate the betas of entire classes of hedge funds; trading-strategy indexes, which use transparent, mechanical rules to implement specific trading strategies such as currency carry trades or risk arbitrage; and “fundamental” or so-called “smart beta” indexes, where stocks within a
portfolio are weighted according to their fundamentals or other non-market-cap factors.

Mutual funds and active exchange-traded funds (ETFs) associated with these indexes have already captured the imagination of many investors, with over $544 billion invested in “smart beta” ETFs alone as of February 2015.3 In the aftermath of the Financial Crisis, these new forms of investment resemble a Cambrian explosion of new species, an eruption of financial innovation and diversity after a long fallow period.

But this Cambrian explosion also contains some potential concerns. As many of its critics have commented, “smart beta” need not be smart at all. For the inexperienced investor, “smart beta” is often accompanied by “dumb sigma,” unnecessary and unanticipated kinds of portfolio risk that do not carry a positive risk premium. One obvious example is the idiosyncratic risk of a highly undiversified portfolio, but there are other examples of risks that are not adequately rewarded, especially in the face of market distress. 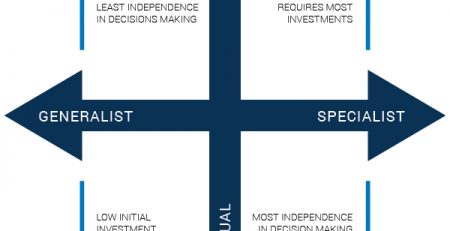 The students of Columbia Business School just released the Fall 2015 Issue of Graham & Doddsville. Alex Sacerdote is the founder and portfolio manager of Whale Rock Capital Management, a $1... Read More

Exploring the Performance of Chinese ADRs--Watch out Below! By Yang Xu of AlphaArchitect  Due to the recent IPO craze associated with ALIBABA (NYSE:BABA), we received increased interest from investors wanting to learn more about Chinese... Read More