1) Warren Buffett released his annual letter to Berkshire Hathaway Inc. (NYSE:BRK.A) (NYSE:BRK.B)  shareholders this morning (see attached; the full annual report is posted here) and, as usual, it’s a great read, with lots of information for Berkshire Hathaway Inc. (NYSE:BRK.A) (NYSE:BRK.B) shareholders (it’s the only stock that’s been in my fund continuously since inception more than 15 years ago) plus good general advice for investors (see below). My take:

a) Berkshire Hathaway is a juggernaut firing on all cylinders. It’s easy to overlook, but what’s going on here is truly extraordinary. Has there ever been a business that combines Berkshire’s size, stability, quality, growth and shareholder friendliness? I can’t think of one.

The calculation is easy: I put a 10 multiple on Berkshire Hathaway Inc. (NYSE:BRK.A) (NYSE:BRK.B) ’s pre-tax earnings, which were $9,116/share in 2013 (from page 7 of his annual letter), plus I add $600/share to reflect half (to be conservative) of the $1 billion average annual underwriting profit of Berkshire Hathaway Inc. (NYSE:BRK.A) (NYSE:BRK.B) ’s insurance operations over the past 11 years, during which “our underwriting profit has aggregated $22 billion pre-tax, including $3 billion realized in 2013” (page 4) (or you could put a 5 multiple on the entire average pre-tax insurance earnings – take your pick).

c) I estimate that Berkshire Hathaway Inc. (NYSE:BRK.A) (NYSE:BRK.B) ’s intrinsic value is growing at a rate of at least 10 percent per year (higher if the company continues to make large scale acquisitions, which I think is likely).

As I’ve long told you, Berkshire Hathaway Inc. (NYSE:BRK.A) (NYSE:BRK.B) ’s intrinsic value far exceeds its book value. Moreover, the difference has widened considerably in recent years. That’s why our 2012 decision to authorize the repurchase of shares at 120% of book value made sense. Purchases at that level benefit continuing shareholders because per-share intrinsic value exceeds that percentage of book value by a meaningful amount. We did not purchase shares during 2013, however, because the stock price did not descend to the 120% level. If it does, we will be aggressive.

So even at a 20% premium to book ($162,000), Buffett is willing to buy back shares “because per-share intrinsic value exceeds that percentage of book value by a meaningful amount.” My interpretation of this is that Buffett thinks Berkshire Hathaway Inc. (NYSE:BRK.A) (NYSE:BRK.B) ’s intrinsic value is at least 1.6x book and probably 1.8x book. This is consistent with my estimate above of $226,000, which is 1.67x book.

e) Berkshire Hathaway Inc. (NYSE:BRK.A) (NYSE:BRK.B)  is not only one of the lowest-risk companies I can think of, due to its Ft. Knox balance sheet, well-diversified steams of free cash flow, and Buffett’s conservative management, but its stock is also one of the lowest risk I can think of because of the very firm “Buffett put” at $162,000 (and rising, in line withBerkshire Hathaway Inc. (NYSE:BRK.A) (NYSE:BRK.B) ’s book value), the price at which Buffett will be “aggressive” in buying back stock, a mere 6.7% below today’s price.

2) Here’s the excerpt from Buffett’s letter that ran in Fortune:

“Investment is most intelligent when it is most businesslike.” –Benjamin Graham, The Intelligent Investor

3) While Berkshire Hathaway Inc. (NYSE:BRK.A) (NYSE:BRK.B)  is one of my favorite (and largest) positions, I’m not in love with all of the stocks the company owns. I understand why Buffett doesn’t sell Coke, but even though the stock has been flat for 16 years (seriously – here’s the stock chart) I wouldn’t buy it today. The company is certainly not going away, but it faces real headwinds and the stock trades at 20x trailing EPS. This article in today’s NYT captures the challenges:

Can this brand be saved?

Coca-Cola (NYSE:KO) has reigned for years as the world’s No. 1 brand, but last year both Apple and Google overtook it in Interbrand’s annual ranking. The first lady, Michelle Obama, is on a campaign against obesity, urging Americans to drink more water. Former Mayor Michael R. Bloomberg tried to ban sales of giant-size high-sugar soft drinks in New York City. And this week, the Food and Drug Administration proposed new food labels that would more prominently display grams of added sugar, including the high-fructose corn syrup used in Coca-Cola.

With the longstanding backing of the legendary investor Warren Buffett, Coca-Cola has been seen as the ultimate value stock, delivering steady returns in good times and bad. But last week, the company reported declining sales of soda in the critical North American market along with disappointing sales growth globally, alarming investors. Shares fell over 4 percent on the news, the most in seven months. So far this year, Coke shares have dropped nearly 7 percent, which is cataclysmic by Coca-Cola standards.

“Carbonated beverages are in precipitous decline,” said John Sicher, publisher of Beverage Digest. “The obesity and health headwinds are difficult and are getting stronger.”

It’s not just Coke that’s affected. By some measures, the Pepsi brand faces even bigger problems. But Coca-Cola is uniquely vulnerable, given that about 60 percent of its revenue comes from the sale of soft drinks, the bulk of it from Coke and Diet Coke.

Am I the only one who is growing concerned about the current trajectory of the financial planning profession? Q2 hedge fund letters, conference, scoops etc stevepb / Pixabay The trigger for this... Read More 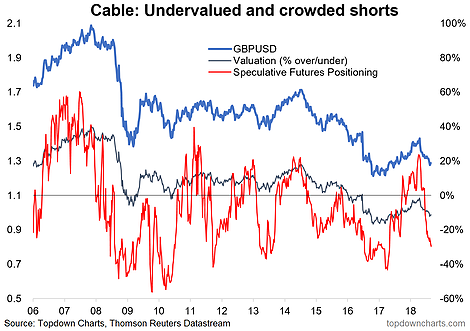 In the US there is a “black box” type meeting takes place with select investors. This is where corporate executives secretly yet legally meet with institutional investors to discuss... Read More