Whitney Tilson talks about an article on Tom Gayner, Richard Thaler’s new book Misbehaving, the differences between male and female investors, Sony hacking scandal, how Blackberry botched its response to the iPhone.

1) We have exciting plans in the works for Value Investor Media, the company I co-founded in 2004 with John Heins that publishes Value Investor Insight and SuperInvestor Insight. As a result, we’re looking for senior editorial talent to add to the team. Ideal candidates would be both passionate and knowledgeable about value investing as well as skilled and experienced writers and editors. If you or anyone you can recommend fits the bill and is interested, please contact John Heins at [email protected].

2) A nice article about Tom Gayner of Markel, a great value investor:

Earlier this month, a crowd filled an auditorium to attend a corporate annual meeting at which a folksy investor spoke about his company and the secrets of success. But they weren’t in Omaha to hear Warren Buffett talking about Berkshire Hathaway ; this crowd came to the Altria Theater in Richmond, Va., for the annual meeting of Markel Corp.

One of the speakers, Thomas Gayner, co-president and chief investment officer of the financial-holding company, has an outstanding record as a portfolio manager. He works only for Markel and doesn’t take outside clients, but every investor can learn from him.

Over the past 15 years, Mr. Gayner’s stocks have returned an average of 11.3% annually, while the S&P 500 index of big U.S. stocks has returned 4.2%, counting dividends. Last year, when winning portfolio managers were scarcer than vegetarians at a pig roast, Mr. Gayner outperformed the S&P 500 by 4.9 percentage points. His portfolio fell 34% in the market rout of 2008, but that was better than the S&P 500’s 37% loss.

You never would know any of this from listening to Mr. Gayner. After a good year, most portfolio managers beat their chests even harder than they beat the market; Mr. Gayner’s 2014 report merely said, “our overall equity portfolio earned 18.6%,” without even mentioning that the S&P 500 was up 13.7%.

Several of Mr. Gayner’s peers describe him as a good investor who has become great by knowing he is just good. He is no Warren Buffett, and he is keenly aware of his limitations. “I tell investors, ’You’re smarter than I am, but I’m managing your money,’” Mr. Gayner says. “‘If you see me doing something I shouldn’t be, tell me.’”

But he also makes the most of his strengths.

We interviewed Gayner in the June 2011 edition of Value Investor Insight (attached; you can subscribe at: www.valueinvestorinsight.com). Also, he recently did a talk at Google, which is posted here: http://youtu.be/2sG91e1Wh4I

3) This review of Richard Thaler’s new book, Misbehaving: The Making of Behavioral Economics, led me to read it, which I really enjoyed:

Time after time Mr. Thaler cheerfully reports how many of his most famous papers in behavioral economics, often written with scholars across enemy lines (that is, noneconomists), were “pure heresy” that “got people’s blood boiling.” One article directly attacked the “core principle underlying the Chicago School’s libertarian beliefs,” namely consumer sovereignty: “the notion that people make good choices, and certainly better choices than anyone else could make for them.” By empirically demonstrating that consumers often do precisely the opposite, because rationality and self-control are bounded by human perceptual distortions, their paper undercut this principle. This was “treacherous, inflammatory territory,” he writes. In 1998, Christine Jolls, then an assistant law professor at Harvard, Cass Sunstein, a law professor at the University of Chicago, and Mr. Thaler published their groundbreaking paper, “A Behavioral Approach to Law and Economics,” which infuriated members of both professions in one blow.

Mr. Sunstein and Mr. Thaler then collaborated on another scandalous claim, that human beings are susceptible to cues in the environment that affect their behavior—a fact that governments and businesses can use to promote healthy behavior and wiser choices. Needless to say, many economists and others were outraged by the implication that the authors were promoting “paternalism” and intervention by government bureaucrats. Not at all, says Mr. Thaler. They were simply noting that “the knee-jerk claim that it is impossible to help anyone make a better decision is clearly undercut by the research.” No matter how often they added that bureaucrats are Humans, with their own biases, their critics wouldn’t listen, even when Mr. Sunstein kept repeating that they were not pro-paternalism but rather “anti-anti-paternalism.” Mr. Thaler preferred the term “libertarian paternalism,” but that didn’t catch on either. Eventually they found the right word to capture the gist of their argument, using it for the title of their book “Nudge.”

Accordingly, the final chapters of “Misbehaving” take on the key issue of nudging: “Could we use behavioral economics to make the world a better place? And could we do so without confirming the deeply held suspicions of our biggest critics: that we were closet socialists, if not communists, who wanted to replace markets with bureaucrats?” Yes, he argues, and yes. Because people make predictable errors, we can create policies and rules that lower the error rate, whether it has to do with reducing driving accidents, getting men who use public urinals to aim better or enticing people to save for retirement—and do it in a way that makes people themselves happier with the results.

Whitney Tilson: The differences between male and female investors

4) An interesting article about the differences between male and female investors:

Men also tend to trade more, which can be a disadvantage. In 2014, according to Vanguard, 11% of men made an exchange among mutual funds in their accounts, compared with 7% of women. By trading less often, women are less likely to trade at the wrong time, explains Jean Young, senior research analyst at Vanguard.

The studies show that women might have a lot to teach in other areas, as well. They are more likely than men to participate in employer-sponsored retirement plans (73% at the end of last year, compared with 66% for men in Vanguard plans) and save a greater percentage of income (7% compared with 6.8% for men, according to the Vanguard data).

“Women have a longer time horizon, they have a goal in mind and they are more willing to seek professional advice,” says Rosanne Rogé, a financial planner in Bohemia, N.Y., whose clients include men and women. “It’s the men who ask to keep some money on the side to manage on their own; they want to shoot the lights out.”

5) Following up on the in-depth look at the Sony hacking scandal in yesterday’s email, here are two more in-depth articles on important topics: how companies respond to activists (which was also a part of the Sony story) and to revolutionary new products by competitors. Here’s the first:

A behind the scenes look at the bruising four month battle between the chemical giant and hedge fund Trian, which will be decided this week, offers a new window into whether shareholder activism is good for corporate America, or crippling it.

Whitney Tilson: How Blackberry botched its response to the iPhone

6) And here’s the second, about how Blackberry botched its response to the iPhone:

RIM’s chiefs didn’t give much additional thought to Apple’s iPhone for months. “It wasn’t a threat to RIM’s core business,” says Mr. Lazaridis’s top lieutenant, Larry Conlee. “It wasn’t secure. It had rapid battery drain and a lousy [digital] keyboard.”

If the iPhone gained traction, RIM’s senior executives believed, it would be with consumers who cared more about YouTube and other Internet escapes than efficiency and security. RIM’s core business customers valued BlackBerry’s secure and efficient communication systems. Offering mobile access to broader Internet content, says Mr. Conlee, “was not a space where we parked our business.”

The iPhone’s popularity with consumers was illogical to rivals such as RIM, Nokia Corp. and Motorola Inc. The phone’s battery lasted less than eight hours, it operated on an older, slower second-generation network, and, as Mr. Lazaridis predicted, music, video and other downloads strained AT&T’s network. RIM now faced an adversary it didn’t understand.

“By all rights the product should have failed, but it did not,” said David Yach, RIM’s chief technology officer. To Mr. Yach and other senior RIM executives, Apple changed the competitive landscape by shifting the raison d’être of smartphones from something that was functional to a product that was beautiful.

“I learned that beauty matters….RIM was caught incredulous that people wanted to buy this thing,” Mr. Yach says.

8) Random tip: I book a lot of flights and have recently discovered what I think is by far the best search engine: Google Flights (https://www.google.com/flights). It’s fast, easy to use and customize, and has a “brain” so it shows you the best flights right at the top, based mostly on price but also shortest travel time, etc. It also tells you that you can save X dollars if you fly a day earlier or later, etc. And because it doesn’t actually book flights and charge the airlines a commission (like Orbitz, Travelocity and the other travel sites), it has nearly every airline (except Southwest, which nobody has). 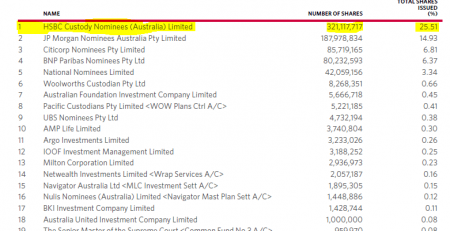 Think And Grow Rich is the most important financial book ever written. Napoleon Hill researched more than forty millionaires to find out what made them the men that they were.... Read More 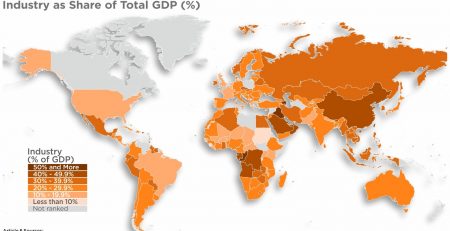 It’s no secret that the dry bulk industry is struggling to turn a profit in the current economic environment, and this is finally starting to translate into higher scrappage... Read More