Like many researchers and other observers of the retail sector, we have long taken the U.S. Bureau of the Census data on e-commerce at face value. Our recent work on the reinvention of the retail industry in the U.S., however, led us to look much more closely at the Census data and the importance of online sales. We saw an apparent contradiction between the Census data, which showed that online commerce had barely dented brick-and-mortar sales two decades after the start of the commercial Internet, and the massive disruptions and dislocations that have been taking place in physical retail.

Examination of data on Wal-Mart made it clear that there was a problem with the Census estimates. Wal-Mart is a general merchandise store and, as Morningstar confirms, is thus classified in NAICS (North American Industry Classification System) industry 452. In 2013, Census data shows that there were $88 million of U.S. e-commerce sales by general merchandise stores. But Wal-Mart has a very large online retail business. It had global e-commerce sales in 2013 of more than $10 billion, of which a significant portion, likely more than $6 billion, occurred in the U.S. The Census data are collected and reported at the firm level, as we discuss further below. Wal-Mart has an NAICS code of 452. Therefore, the only place where Wal-Mart’s online sales would be reported based on the methodology that the Census Bureau says they follow is under NAICS 452. When presented with this discrepancy, the Census Bureau confirmed by e-mail that there is an undercount in e-commerce.

The Census Bureau data understate online retail sales in two major ways. First, many large retailers that make most of their sales in offline stores (so-called physical retailers), like Wal-Mart, are not included in the relevant NAICS category. According to the Census Bureau, “large retailers such as you have inquired about are required to include their E-commerce receipts in with their brick and mortar store receipts rather than in the E-commerce receipts” All of their sales are therefore counted as offline sales. Second, significant online retail sales are made directly by companies such as Apple that are not primarily retailers and are thus not classified in an NAICS retail industry.

The understatement is quite large. We have estimated, using data collected by Internet Retailer, that among the top 1000 online retailers, there were 201 physical store retailers that had online sales in the U.S. of $76 billion in 2013. That figure is $36 billion higher than the total online retail figure of $40 billion reported by the Census Bureau for the NAICS codes that correspond to physical stores.  Because Internet Retailer does not cover smaller physical retailers with online sales, we can be confident that Census missed at least $36 billion in online retail sales. We have also estimated that the Census online retail sales figures did not count another $22 billion of retail sales made by companies classified as something other than retailers in 2013.

The spike in interest rates slows activity at the end of the quarter. 2Q13 began strong, with continued momentum in debt underwriting, strength in mortgage banking originations and expectations... Read More 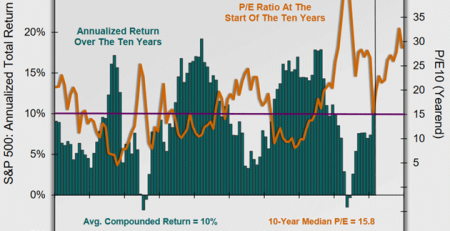 Playing blind appears to be the way to make money using behavioral finance. Tom Howard, chief executive of AthenaInvest, tells John Authers why not knowing the names of your... Read More

A History Of Violence: The Impact Of Early Violence Exposure On Financial Risk Preferences James Byder Universidad EAFIT - School of Economics and Finance - Center for Research in Economic... Read More

The "Enemies" Of Warren Buffett H/T Forgot Who From 1977 to 2015, Buffett used the term “enemy” six times in his letters. And every time he used the term, he... Read More