There’s one clear take-away from the massive year-end Christmas-tree spending-plus bill: banks have gotten nothing but lumps of coal. For an industry Sen. Warren vaunts as the be-all and end-all of Washington powerhouses, the only thing Congress did in 2015 for banking is less worse than it could have done to them on FRB dividends. Why so poor a showing? As the Romans learned the hard way, a house divided against itself cannot stand.

In 2013, I suggested as much to a state banking association notable for its diverse membership. I argued then that the cannon balls between big and small banks would be nothing more than a circular firing squad. I heard later that some small-bank CEOs in the audience were so incensed that they wanted me banned forevermore from speaking to them. So much for ‘blessed are the peace-makers.’

Internecine warfare meant that it took Congress literally decades to reckon with interstate branching, which to this day isn’t expressly legal even though it’s so much of a fait accompli that no one thinks anything of it anymore. I well recall the head of the community-bankers’ association telling me in the early 1980s that anything big banks were for, he was against on principle even if substance suggested otherwise.

Big bankers aren’t immune from sectoral savagery. Several studies that countered calls for big-bank regulation with arguments that small banks are, if anything, a lot riskier have badly backfired. Congress won’t oppose community bankers – they’re simply too powerful a ground force to counter with.

Big banks also have a challenge small banks don’t share – indeed a big-bank problem to which small banks have contributed: anything that seems even a little bit of big-bankery is condemned before any consideration of actual substance has a prayer. Think about how much traction the New York Times got with front-page articles asserting that big banks lay behind efforts to bar reprivatization of the GSEs – which couldn’t be farther from the truth – and see clearly why big banks cannot succeed on their own.

What ought to bring bankers together is common recognition of two facts of life I think irrefutable regardless of bank size, charter, or strategy: financial intermediation is evolving at warp speed to bypass banking and no one but bankers much care if this adversely affects bank profitability. Even being a small-town banker is a challenging business proposition unless the smaller banks get at least some of what big banks need: a regulatory system that allows them to innovate at reasonable regulatory cost in responsible fashion.

So far, big and small banks can’t even come out of the trenches like German and British troops did so movingly 101 years ago on Christmas Eve during the First World War. Even Washington Christmas parties have become battle grounds in 2015. Without a bit of mistletoe, 2016 looks like a very tough year in which cross-bank battles will wage on and non-bank innovators will secure the high ground.

The Unfinished Work Of Reform In The Global Financial System b Lewis B. Kaden In the summer of 2007, early signs of distress in the United States housing market signaled the beginning... Read More 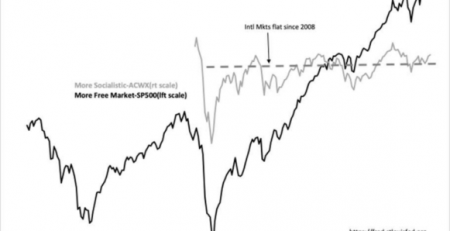 The Eurozone recovery has been lagging behind the US, but the consensus view is that GDP growth will continue to tick up over the next few years, reaching 1.5%... Read More

NQ Mobile Inc (NYSE:NQ) shares crashed on Friday in pre market trading after the company announced that they would be dismissing PwC as auditor - shares rose after that... Read More

The truce in the U.S.-China trade war is in tatters. Q1 hedge fund letters, conference, scoops etc geralt / Pixabay China said on May 13 that it will impose new tariffs on... Read More