Why The Real Shadow Banking Risks Are In The US And Europe, Not Just China – ValueWalk Premium

Why The Real Shadow Banking Risks Are In The US And Europe, Not Just China

Why The Real Shadow Banking Risks Are In The US And Europe, Not Just China by Dan Steinbock, Difference Group
Dan Steinbock says the world’s shadow banking has returned to the high levels of the 2008-9 global crisis. While international concerns focus on China’s shadow banking, new data shows that the largest risks are by far in the United States, Europe, the UK and Japan.

In August, the Financial Times reported that 11 Chinese shadow banks had written an open letter to the top party official in . . .

LinkedIn Corp (NYSE:LNKD) shares are falling this afternoon as rumors swirl that an activist hedge fund has sold the stock. LinkedIn shares fall 2% as Einhorn takes short position According to... Read More

Japan, China, commodities and emerging market currencies have been the main theme of global macro hedge funds for some time now. It comes as no surprise that these positions... Read More

ValueWalk's Raul Panganiban with Maurits Pot, Founder and CEO of Dawn Global. Before this he was Partner at Kingsway Capital, a frontier market specialist with over 2 billion AUM.... Read More

This is part two of a three part series on Lihua International Inc (NASDAQ:LIWA). Lihua is a Chinese company involved in the process of refining, marketing and selling copper... Read More

Gold prices have fallen over the last few years, and anyone taking long positions on gold equities has taken a beating, but that doesn’t mean it’s impossible to invest... Read More 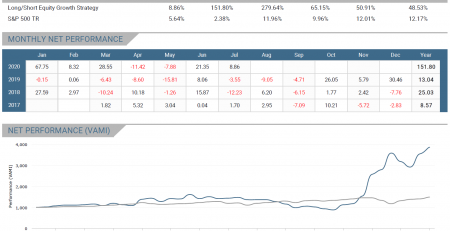